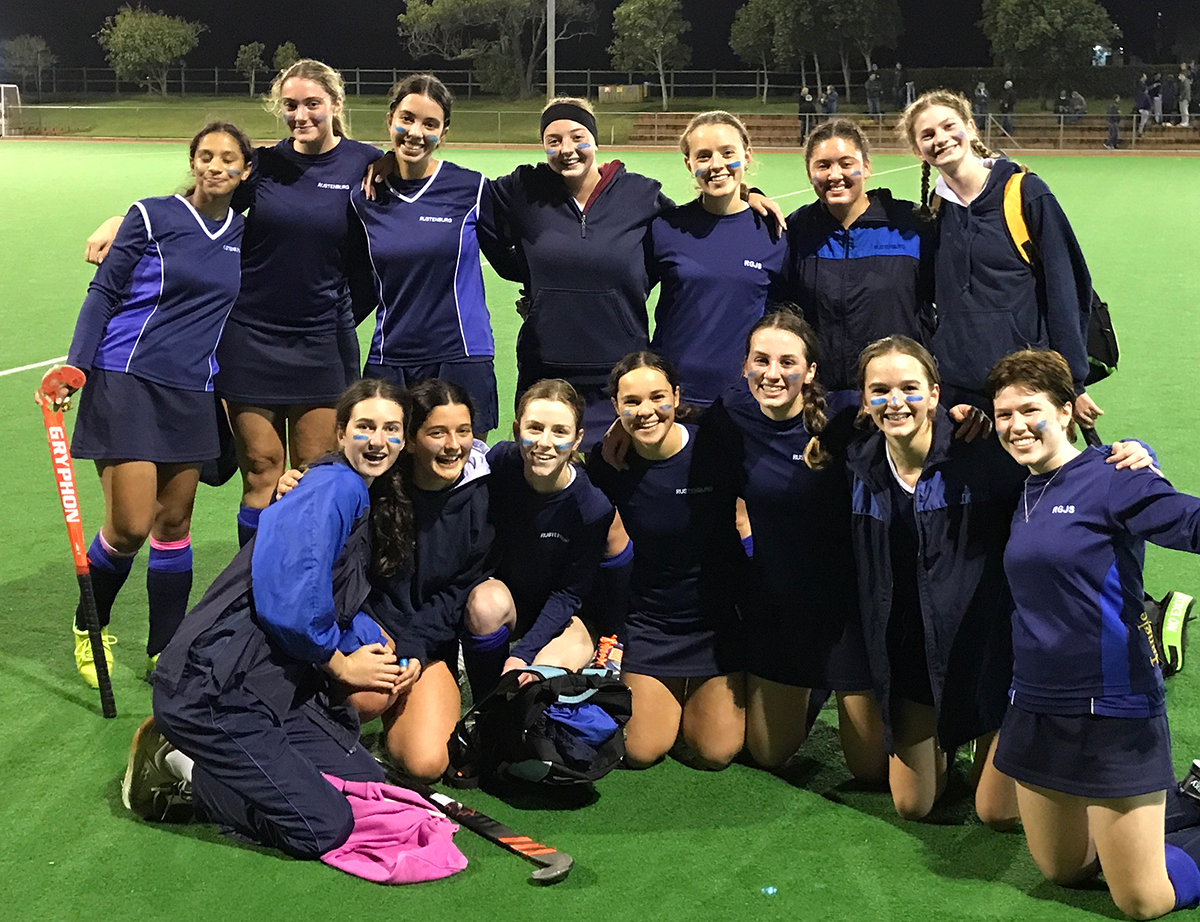 Sport will continue throughout the exams. The revised EXAM SPORTS PROGRAMME has been shared with all the learners.

The second league race of the season took place on Friday 20 May at SACS. On an interesting course with lots of twists and turns, uphills and downhills and with a light drizzle, Rustenburg had 10 runners brave the conditions.

Congratulations on these wonderful results.

The third league race is being held at Milnerton on Wednesday 25 May.

Three of our current coaches have been included in the WP Coaching set-up:

Exams got underway on Friday but that didn’t stop our hockey teams from putting on a show against Westerford. To give some of the teams who don’t usually get the opportunity to play under lights, matches were split between RGHS and Westerford.

Our teams continued their good run of form, recording some excellent results. A special mention to the players who played for the U16D team, who came together as a team for the first time, and recorded a mammoth 8-0 victory.

With no matches this weekend, Mr Ncukana will be running a skills clinic on Friday afternoon to make sure that all players have the opportunity to stay sharp and keep putting together some really good performances. Make sure you sign up and don’t miss out.

Congratulations to all the coaches and teams.

Rustenburg Girls’ Netball teams played against St. Cyprians on Thursday 19 May in only the second league fixture of the season. Thankfully no rain was forecast for the afternoon which allowed for all games to continue as scheduled.

All ten Netball teams took to the court, ending with 7 victories and 3 defeats. The junior sides had a few close finishes, losing out on only a few points in the end. The U14A’s had a brilliant game against the St. Cyprians U14A team. They were just one of three RGHS teams to reach beyond 20 goals on the day. Our U18A and B teams were once again dominant in their performances, pulling away from our opposition with a very healthy scoreline.

Results vs St. Cyprians High School were as follows:

After a two week break, it was great to be back out on the courts again. Another brilliant set of results going in favour of Rustenburg Girls’ Netball. Well done to all teams!

Well done to our B team for their win against Wynberg Girls’ High School on Monday 23 May.