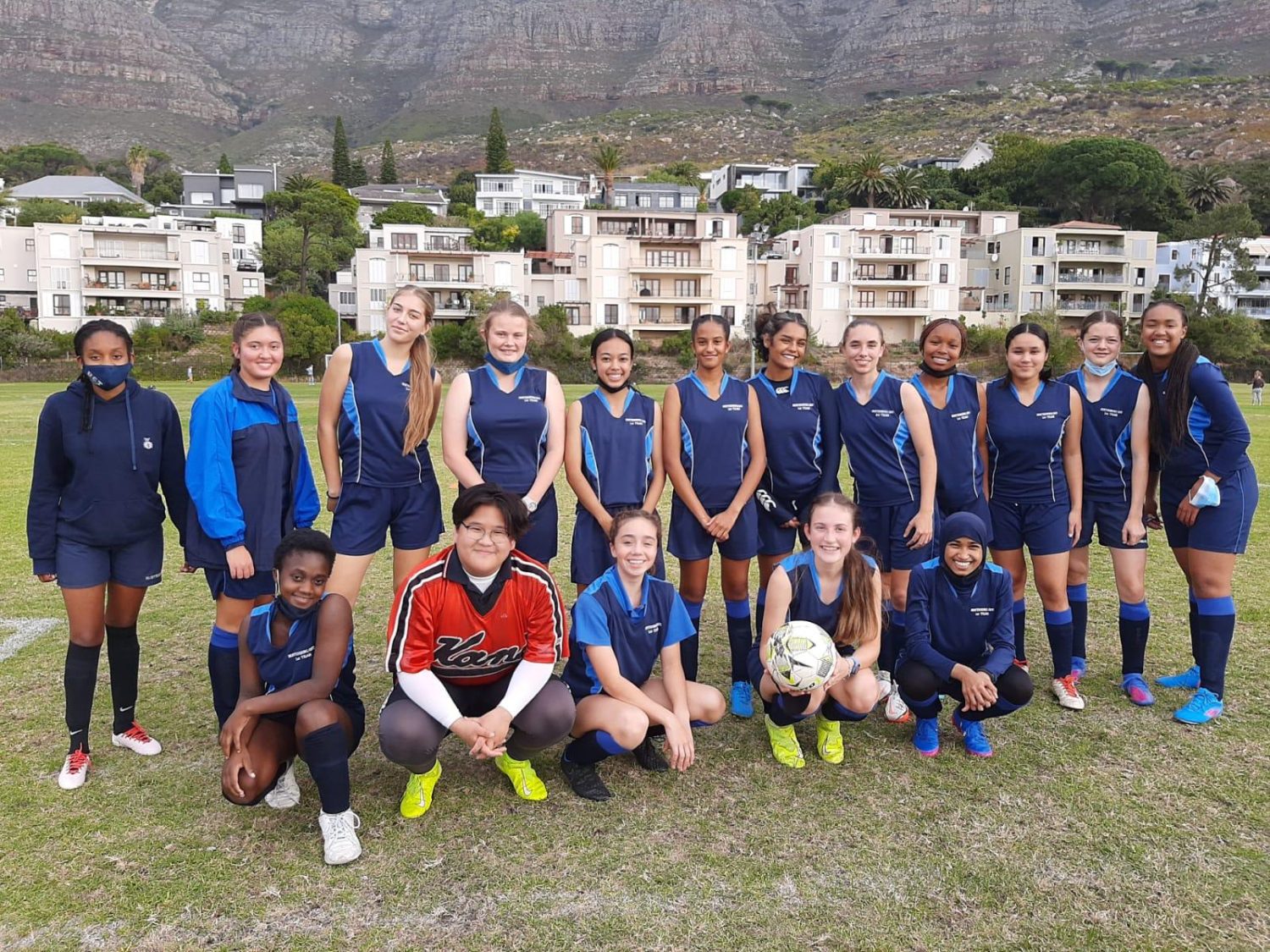 Sport will continue throughout the exams. The revised EXAM SPORTS PROGRAMME has been shared with all the learners.

The first league race of the season took place on Tuesday 10 May at Jan van Riebeeck High School. We are very proud of three of our U14 runners who participated.

The second league race is being held at SACS on Friday 20 May.

Our 1st Team travelled to Gardens to play against the St Cyprians 1st Team on Tuesday 17 May. The improvement shown is remarkable and all the players are congratulated on their commitment throughout the term. All of your hard work has paid off.

The second half saw another 2 goals being scored in the same manner. First up was the penalty scored by St Cyprians and then in the final 5 minutes, Rustenburg’s Nikita took a successful penalty shot. The final score was 3-1 to Rustenburg.

The teacher-in-charge, Ms White, praised this young team who played with such belief.

Coach Lungelo had this to say: “The win was a collective effort but the defence must be singled out for praise as they kept St Cyprians at bay, often being the point of launch for our attacks, which pinned the opposition in their half and allowed us to dominate for long periods of the game.” Coach named Nikita as the player of the match for the two goals that she scored.

Friday saw us welcoming a spirited Wynberg Girls’ High School for our second league game of the season. This was our first home fixture and the atmosphere created by both schools was magnificent.

Congratulations to all the teams and coaches on another great set of results.

We look forward to matches against Westerford next weekend.

Congratulations to the following learners who have been selected to select Western Province:

Our top 8 players played against each other on Monday 16 May.

At the ABSA RUN YOUR CITY 10km race held on Sunday 15 May two of our matric runners made Rustenburg and themselves proud.

Both these times were personal bests for these two runners. Congratulations on these quick times.

Sophie Macdonald (Grade 11) did the Cableway Charity Challenge this past weekend.

This Challenge is a unique fundraising event held on Table Mountain. Runners undertake to ascend Platteklip Gorge as many times as possible on Race Day. Runners are granted free passage on all downward cable car trips, offering a breather between ascents. Funds are raised by runners via sponsorship pledges from friends, family and colleagues.

We are extremely proud of Sophie who raised over R4 000 for three charities including Home from Home, Ons Plek, and Nature Connect. What an outstanding effort. Congratulations, Sophie.