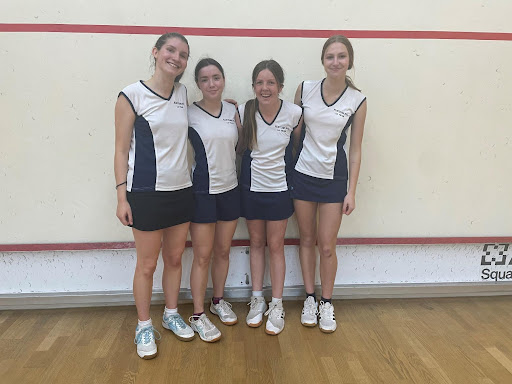 Sport ends on 10 June, however, there will still be hockey matches on 13 and 14 June. Cross Country will also continue so that our runners can best prepare for the Inter-House trail event.

Please encourage your children to prepare for the Inter-House Trail Event which is being held on Wednesday 22 June. There are 3 races and all finishes score points for their house.

There are some major changes to the dates for the annual PGSGU tournaments. Please note these changes on the link to the Fixtures for 2022.

For your ease of reference see below:

The third league race of the season took place on Wednesday 25 May at Milnerton High School. The RGHS school bus transported the team to the venue. Our runners did themselves proud on a flat course over grass, tar, and sand.

Congratulations on these wonderful results.

The next race for our runners is on Wednesday 22 June when they compete in the Inter-House trail event at Rustenburg.

On a scorching Friday afternoon, St Cyprian’s welcomed us to their incredible new Astro nestled at the foot of Table Mountain. The day turned into a magnificent evening, and some truly amazing hockey was played. The rest of the games were concluded on Saturday morning.

St Cyprian’s proved to be a very tough opponent, and our learners were more than up to the challenge, competing closely in all games.

Congratulations to all the coaches and teams.

The Rustenburg Girls’ U14, U15 and U16 Netball teams played against Herschel on Thursday 2 June, where we won 3 out of 8 games.

It was a tough day for the RGHS Netball teams taking on Herschel, as the opposition came to dominate and certainly displayed that in their skills and character. There was nothing but lessons to take away from the fixture and looking toward to improving in both skills and fitness for the second half of the season to come in Term 3.

Notable performances include the U14A’s and B’s who had identical scores at full time. The U16B’s were the highlight of the day as they held on to a 1 point lead and ultimately sealed the victory at the end.

Results vs Herschel Girls’ High School were as follows:

Well done to all teams and good luck to our U19 A & B teams taking on Herschel on Thursday!

Our Squash players are really showing that hard work pays off. Well done to our B team for their win against Fairbairn High School on Monday 30 May. The A team also won their match vs Pinelands on Monday 6 June.

Skye has been selected to participate at the World Biathle Championships in Machico, Madeira Island, Portugal from 26-31 Oct. Skye will be awarded her SA federation colours.

We wish Skye all the best as she prepares for this event over the coming months. Congratulations.