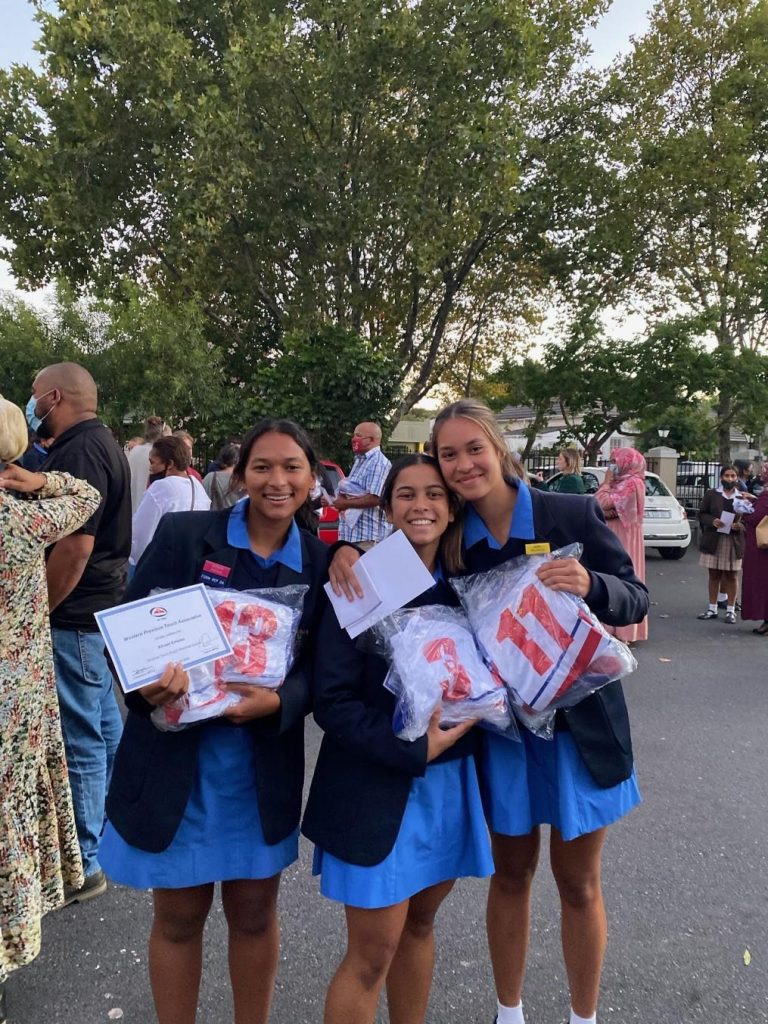 Rustenburg will be hosting the U16 Hockey and Netball Champions Cup tournament on 8 and 9 April this year. It is the 6th edition of this tournament after the 2-year pandemic. We have 15 Hockey Teams and 14 Netball teams attending our tournament. In total, we have 450 participants – players, coaches and management. We have secured a sponsor for the event, Varsity College. T-shirts and goody bags are currently being manufactured and printed, however, we are still looking for goodies to place in the goody bags. If there is someone out there who can provide 450 of an item for us to swell these bags we would so appreciate you making contact with us. Thanks in advance should you be able to assist us.

All learners will be sent a Sport Sign-Up link on Monday 21 March (the public holiday). The sports on offer are Cross Country; Social Football; Social Netball; On-the-Move; Squash.

All Netball, Hockey and Football players who have been included in a TEAM will not sign up here – they are already part of a Team register for their respective sport/s.

Only the results for the First and Second League were recorded.

Congratulations to all the RGHS teams. It was a pleasure to watch the growth and development that happened throughout the season.

Congratulations to our first and second teams for their 3rd and 4th place finishes in their respective leagues. The RGHS First Team also ended the season as the only team in the First League to remain undefeated. Congratulations to the team, and coach Sasha Sivertsen.

The 2022 season got off to a flying start with our U14A, U16A and U19A teams all participating in pre-season festivals over the weekend – what a joy to have tournament hockey back again.

All of the aforementioned teams were selected for the various tournaments only, and final selections for teams will only be made early in Term 2.

The U14A team played in a festival hosted by Rhenish Girls’ High School on Friday and Saturday, and while the Stellenbosch heat battered the players, they gave absolutely everything and had the most amazing time. We are excited for the season ahead.

The U16A team took part in the annual Western Province Spar Challenge on Saturday. All of our matches were played at DF Malan High School. Some of the hockey on display was really great to watch and the 2022 season promises to be an exciting one for the RGHS U16 age group.

On Sunday, the U19A team took part in the Western Cape Spar Challenge, and DF Malan High School hosted all of their matches too.

RGHS attended the U14 Netball tournament hosted by Rhenish Girls’ High School in Stellenbosch on 11 and 12 March.

Our Tournament team was announced on Monday 7 March. We were able to squeeze in two practices before the tournament started on Friday.

On Saturday we faced our toughest opposition and although we played well, we won 1 of the 5 matches.

Congratulations to Eyam Makhosonke for being named in the All-Star team as one of the top 10 players of the tournament. Eyam plays Centre for the team.

The Grade 8s that represented Rustenburg in this tournament were:

Kate Basson; Katja de Villiers; Jenna Edge; Jade Jarvis, Eliora Kanku; Nanika Langenegger; Eyam Makhosonke; Olivia Nejthardt and Rania Adams. Thank you to all the parents who drove to Stellenbosch and spent most of their weekend supporting our players.

In the last three Cape Town and Boland mini-tournaments Juliana Barrish (Grade 12) has made it through to the semifinals and twice managed to place 3rd.

We wish Juliana, Lisa Penney (Grade 11) and Maggie Krieg (Grade 9) all the best as they represent WP at the lnter-provincial tournament in Pretoria this weekend.

All of the hard work that each of the players put into this season was displayed in the amazing matches that were played at the finals of the Touch Rugby League on Friday 11 March. Our 1st team placed 1st in the A league and our 2nd and 3rd team placed 1st and 2nd in the B league. Congratulations to Saarah Magiet (Grade 11) and Nihaal Effendi (Grade 10) who won the “Most Valuable Player” awards in their respective leagues. A huge thank you must be said to all of our supporters on the sidelines and to all of the friends and families that joined us for the braai.

The 2022 Junior Interprovincial Tournament (IPTs) for Touch Rugby will be held in Durban from Saturday 19 March to Monday 21 March at Northwood Crusaders Rugby Club. There are 3 divisions (U15, U17 and U19) and around 8 associations from around the country will be participating. The capping ceremony took place on Monday 14 March when the players received their kit. The players will depart on Thursday evening (17 March) and arrive on Friday in order to settle in and prepare for all the matches to come. The first two days are used for playing pool games, with the rest of the knockout games played on the 3rd day. The tournament concludes with a prize-giving ceremony which also includes the trophy for the overall winning association.

Rustenburg have 6 U15s; 9 U17s and 4 U19s representing their province, that’s 19 players in total! Congratulations to each one of you and may you play and represent the blue and white with pride.