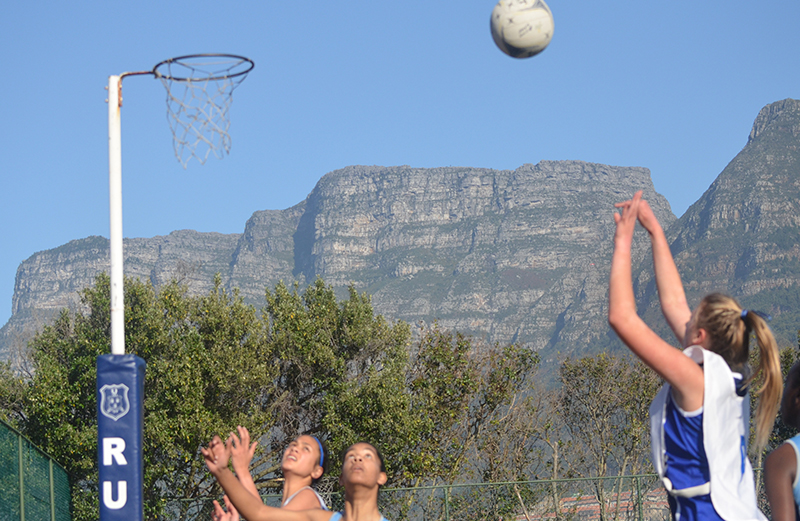 We have come to the end of another sporting year. The Sports Department are delighted with the number of learners who participated in the RGHS Sports programme this year. Although our team players were not able to play in the league events as the lockdown regulations fluctuated, matches and events were cancelled and the future was just uncertain, there was still a lot of progress shown and positive comments from our coaching team.

The Social Sports Programme was boosted with the introduction of the On-the-Move Club. Our walkers and joggers have been encouraged to participate and complete kilometres on our trail route during their sessions. These kilometres add up and count towards the Bronze, Silver, Gold and Platinum awards that are up for grabs. Once a participant achieves the Bronze award they become a member of the Rusty Runners Club (RRC) and receive a certificate indicating their milestone achieved. Kilometres earned in 2021 carry over to 2022 and beyond. We have 62 members in the RRC. In November we had 2 participants earning their GOLD awards – Danica Turner in Grade 9 and Morgan Hunter in Grade 8. This is an exceptional achievement and we look forward to many more ‘miles’ for our participants.

We are looking forward to a more active 2022. We have two teams travelling to Water Polo tournaments in term 1. We are hosting the 5th edition of the U16 Hockey and Netball Champions Cup. This tournament will resume with fewer teams this year. We are still looking for sponsorship of small items for the players’ goodie bags so if you can help with any items, please contact the Sports Department in the new year.

Rustenburg recognises outstanding achievements in all spheres of life. This year we have 2 learners who are recipients of the RGHS SA Representatives badge – please read all their detailed achievements below.

Please also see the list of all the Sports Awards winners for 2021 below, as well as the Summer Sports captains for 2022. Certificates and badges will be handed over at the start of 2022.

Wishing you all a wonderful holiday with your nearest and dearest. Stay safe out there.

In 2021, due to Covid, teams were selected from the Stellenbosch Camp results instead of April Camp results, and Shelby performed well enough in the camp and was selected to be part of a team of six, made up of three boys and three girls, to represent South Africa at PAMO 2021.

PAMO 2021 was hosted by Tunisia, but unfortunately, the team was unable to travel because of Covid, so they wrote at the j5 offices in Newlands under strict invigilation.

The opening ceremony for the competition took place virtually on the 22 May, and they wrote the papers, each with 3 questions for 7 marks, on 23 and 24 May. The closing ceremony, also online, took place on 25 May.

Lauren Denny, who is a past Rustenburg pupil who also attended PAMO, as well as IMO, as a student, was one of the leaders of this team.

South Africa placed 2nd in the competition. Shelby came 17th out of the individual contestants and was awarded a bronze medal for PAMO and a silver medal for PAMO Girls (in which they only consider the results of female contestants).

Congratulations on these excellent achievements, Shelby.

For the Springbok badge specifically Vivienne had to complete a number of different requirements relating to safety awareness, skills, living outdoors, adventure, service and personal development.

The main focus of the Springbok badge is developing planning, organisational, teamwork, and most importantly, leadership skills.

There were several smaller tasks which involved planning and leading activities and then 4 main tasks.

The four main tasks included planning and running a 3-day camp for the entire troop (15+ people); organising and completing a 40 hour community service project (Vivienne organised a Fun Run as a fundraiser for Ons Plek Projects); planning and leading a 3-day hike in the wilderness with 4 scouts as well as completing a major project. For the major project, there are several options from which you can choose. Vivienne chose to organise and cook a 3-course banquet for 20 people with the help of 4 other scouts in her patrol.

Congratulations to the following Grade 8, 9, 10 and 11 learners on achieving these colours awards.

CONGRATULATIONS to the following learners who have been selected to Captain their Sports in 2022:

Michaela Labuschagne (Grade 8) participated in the 1.6km Barker Rock open water race on Clifton 4th Beach. She placed 3rd overall and 2nd out of the women coming in with a time of 25:17. The conditions were quite challenging as the water was 10.5 degrees Celsius and it was her first cold water sea swim. Michaela found the swim challenging but most enjoyable. Congratulations on this excellent result.

To end off the tennis season Juliana Barrish (Grade 11) played in 3 junior ITF tournaments, she especially enjoyed the JA David Samaai cup at Kelvin Grove, where she could compete among the best junior players from all over the world. After playing a series of mini-tournaments during the year she qualified as top 8 and was invited to play in the Boland mini masters and the Cape Town mini masters. She ended the season this past weekend, playing in CT (WP) school trials for the U18 team. Juliana reached the final, however, she unfortunately lost this match.  The new season has already started and Juliana is preparing to compete in the Growthpoint Super 8 series tournaments during the holidays starting in Cape Town this weekend.

Congratulations on these outstanding results. We are behind you and wish you the very best in all your upcoming matches.

Margaret Krieg (Grade 8) took part in the Interzonal Competition on 31 October and 7 November. Congratulations on being a member of the winning team, the South Zone came first in the U14 1-4 group.

On Tuesday 07 December the U16A and U19A water polo teams participated in an RGHS water polo swim-a-thon. Players were tasked with collecting sponsors to sponsor them per lap they completed within an hour. The U16A team averaged 105 laps a learner and the U19A team averaged 120 laps per learner. All proceeds raised went towards the individual player cost for the various water polo tours happening in 2022. Thank you so much to the sports department for organising this event, the learners for actively participating as well as the parents and siblings that came to swim on behalf of the team.