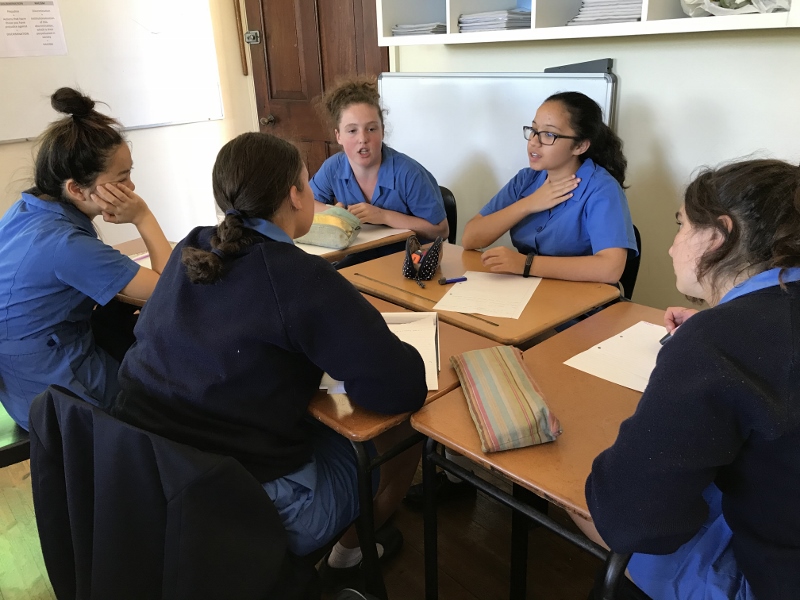 The topic of the Dialogue Day that took place on 24 February was “Race and racism in our schools and society.”

The goals of Dialogue Day were to follow up on the assembly where the same topic was presented, have an opportunity to voice opinions, broaden our knowledge and to actively listen to other people’s perspectives.

Classes discussed race as a social construct and reflected on issues such as white privilege, discrimination and prejudice.

We also discussed the relevance of having discussions such as this. Many said that it was still relevant because it is easier to create new mindsets than to change outdated ones. Others reflected on the effects of apartheid that are still with us today.

A heartbreaking video on the “The doll test” about prejudice and the psychological effects of racism and racial segregation on young children was shown.  Students discussed whether racism is still prevalent in South African schools today and what can be done about it.

Many points of view and personal stories were shared in response to this topic. In conclusion, we have learned that racism and racial inequality are deeply rooted issues which will take years to overcome but we have taken a step in the right direction by having conversations and discussions on this difficult topic.

“Dialogue Day was very effective and well thought out. There was a welcoming atmosphere created by teachers and the learners stayed open-minded. It wasn’t intimidating because many of us are passionate about this topic and learners were given the opportunity to express themselves in front of their peers.” Taybah Williams, Lia Naidoo and Samia Essack (C1)