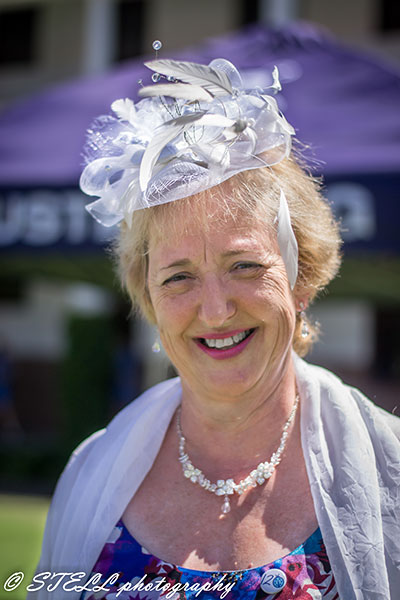 Rustenburg Junior and High Schools would like extend a most sincere thank you to Averil Keller-Booysen, for her dedication and commitment to Rustenburg Old Girls’ Union (ROGU). Averil has been associated with ROGU for 32 years, first as an ordinary member, and then elected as a committee member, later becoming the Honorary Secretary, Vice-President and serving as President for many years. Averil has made the decision to resign as the President of ROGU.

Averil was a prefect in Std 5 (Grade 7) at the Junior School and a prefect in her matric year (1974). She was part of Scripture Union and did service in the library. She went on to study teaching at the Cape Town College of Education and later studied towards her Diploma in Specialised Education (remedial). After teaching at the Junior School for a few years, she moved into remedial teaching. Averil is currently semi-retired, consulting where her expertise is needed.

Averil is very involved with Girl Guides, managing the 1st Pinelands Teddies, aged 4 ½ – 7 years old, where she is fondly known as Mother Ted. She has also been very involved with her church and taught Sunday school. For many years she was also the primary care giver to her ailing mother.

Fellow matriculants, past ROGU Committee members and hostel staff, Pam van Dyk and Karin Evans, made the following observations:  “Averil has always shown exceptional loyalty to both the Junior and High Schools. She strongly upholds the values we were taught as Rustenburg Girls. We admire her dedication to the school, primarily shown through her involvement with the Old Girls. We appreciate the way that Averil made a great effort to include Old Girls in old age homes, to keep them informed about advancements made at the School and also that she did much to draw in girls from our own year, 1974.”

Averil worked with several Principals during her tenure as President of ROGU and we managed to get comments from some of them.

Ms Mary van Blerk said: ”Averil became involved with ROGU in her early days as an Old Girl, which was greatly valued, especially as at the time the Union was served mainly by much older women. She has shown dedication as President over a long period and has kept ‘the show on the road’ with distinction. We owe her our warm thanks and appreciation.”

Dr Elizabeth Fullard commented: “Over the years, Ms Averil Keller-Booysen has always stayed connected to Rustenburg and attended almost every formal event at the school. Her commitment and presence will be missed by many.”

Principal of Rustenburg Girls’ Junior School, Ms Di Berry spoke highly of Averil saying: ”Over the last nine years I have found Averil be passionate, enthusiastic and always have the best interests of the Rustenburg schools at heart.”

Principal of Rustenburg Girls’ High School Mr Michael Gates added: “Averil has served ROGU with dedication and loyalty. I hope that she will feel welcome to stay involved in the activities of both Schools. We wish her well in her retirement.”