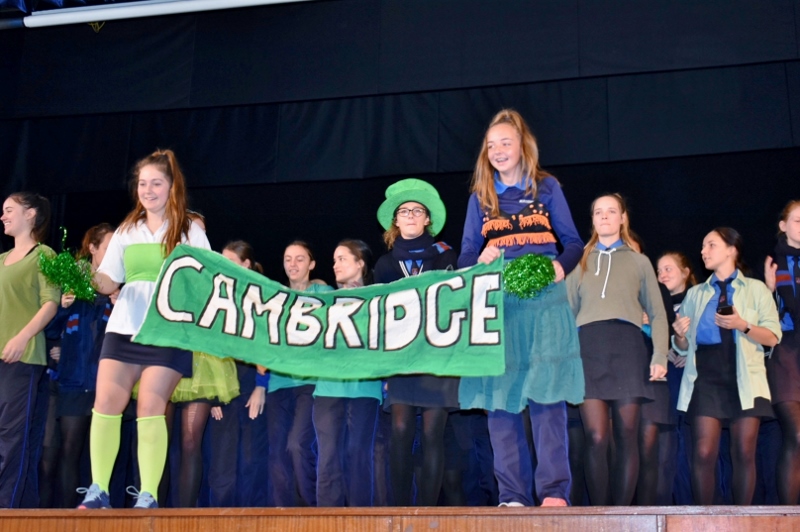 On Monday 10 June, Rustenburg started the final week of term 2 on a high note by hosting the exciting annual Riff-off and Inter-house hockey and netball events.

The different houses spent the morning practising their chosen song which would be performed and judged by a few staff members and prefects. The performances were entertaining and spread smiles, cheers and laughs all across the Kemp Hall.

In fifth place was Cambridge, singing a medley of legendary Queen songs, We Will Rock You and We Are the Champions. In fourth place was Bleby with the childhood reviving song, Party in the USA. Third was Marchand singing Fabulous with some Sharpay sass and in second place was Michiel Vos who busted out their best dance moves in Hoedown Throwdown. Congratulations to Innes who nailed Summer Nights from the iconic movie, Grease.

The riff-off ended with the houses cheering energetically and the whole school dancing to some great tunes. What a fun way to spend a Monday morning!

The Inter-house Hockey and Netball followed in the afternoon. It was great to see girls from the various grades come together and play in the same team against the different houses. We enjoyed watching our sportswomen involved in the thrilling matches and hope to see more Rustybugs showing participation, encouragement and support in the near future.