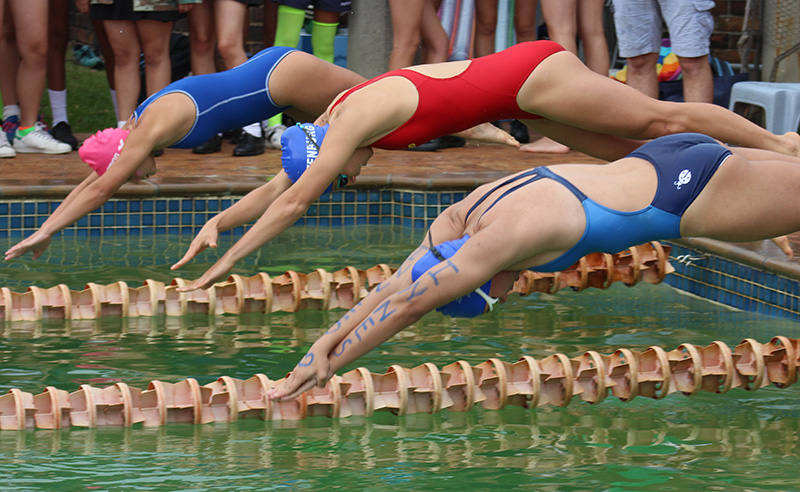 Congratulations to Hannah Schaefer (Grade 11) who has been selected to represent South Africa in the Czech Republic in April. She is a member of the U17 South African Water Polo Team. We are extremely proud of this awesome achievement.

In a very fast match, the girls played well in parts. We put ourselves under pressure by trying to play as quickly as St Cyprians, which resulted in making careless errors. RGHS scored first and did well to hold out St Cyprians who had a penalty corner advantage of 5 to our nil. Their goal was scored off their second last penalty corner.

Players of the match: Jacqueline Sissons and Caroline Schreiber (Gr 12) who was excellent in the goals.

This team is very exciting to watch. For such a young side, they show enormous promise which is great to see. We had more of the possession but could not score, even though we earned 4 penalty corners without reply.

Player of the match: Azrah Dick (Gr 9) who was excellent in defense.

On Friday, 2 February, we held our annual Inter-House Gala. After weeks of dry and hot sunshine the weather changed. We found ourselves holding our gala in a steady, but fine drizzle. The gala became a real celebration of rainfall, swimming, singing, cheering and bonding with one another.

Daniella Solkow (Gr 11) was the sole record breaker on the day. She swam the 100m Individual Medley in a new record time.

The House captains did a fabulous job of involving all members of their houses. The Ground staff should be thanked for setting up the pool area as they did. Photographers and First Aiders were present and added to the wonderful atmosphere of inclusivity.

The Inter-House trophy is always hotly contested, so too are the age-group champion trophies.

Please find the results below:

Tennis results of matches played so far this term:

Rustenburg are once again hosting the Western Province Schools Touch Rugby League. Matches are played every Friday on our fields. Rustenburg had a very strong start – winning both of their matches. Congratulations to all our players and our coaching staff. See results below:

On Friday 2 February our Water Polo girls played matches against Wynberg Girls High School at Wynberg. We had a mixed bag of results, however most of the matches were very evenly contested.  Congratulations to all the players and their coaches.

Jade Lawson (Gr 11) was a member of the rugby referees’ team at the Zando Cape Town 10s tournament on 2-3 February. Zoë Naude (E2017) was also active in this group.

We wish the following pupils all the best as they compete in the Discovery International Triathlon Union (ITU) Triathlon taking place at the Waterfront on Sunday 11 February.

Rebecca Behne (Gr 12) will be participating in a sponsored Team – she will be completing the 500m open water swim.