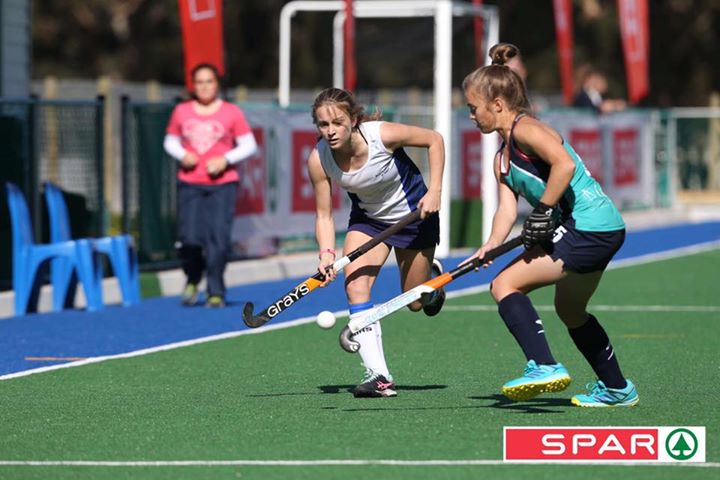 Congratulations to the following girls who have been selected to represent our zone at the WPA/ Schools Cross Country Championships taking place on Saturday 12 August on the CPUT Campus in Bellville South. Good luck to each and every one of you.

Results from matches played against FAIRMONT:

“In this tournament matches were only 20 minutes long and therefore teams had to score goals quickly! RGHS played 3 pool matches, drawing 0-0 to both Bloemhof (the eventual winners), and Paarl Girls’ High and beating Stellenberg 1-0 (goal scored by Kelly Van Vlaanderen). This meant that we finished 2nd in our pool behind Bloemhof and thus made the top 4, the only WP school to do so. We played Paarl Gymnasium in the semi-final and had most of the possession as seen by the positive penalty corner count in our favour, yet were unable to score and drew 0-0. This resulted in a penalty stroke competition in which Caroline Schreiber was outstanding in goal. After two rounds, the score was still even and we lost on the sudden death rule which meant we had to play Parel Vallei in the 3rd place play-off We lost this match 0-1 on a very unfortunate field goal and thus finished 4th. A long day in the sun but the girls played so well and always gave their absolute best and I am so proud of their efforts”.

On Thursday 3 August RGHS played against Herschel at Rustenburg. The results were as follows:

On Friday 4 August the RGHS A team played league matches against Bishops.

On Saturday 5 August, Ms Mallon completed her 99th full standard marathon (or further distance) at the Riebeeckberg Marathon. Ms Mallon will be running her 100th marathon when she participates in the Cape Town City Marathon on Sunday 17 September. We congratulate her on this excellent achievement and wish her well with her ongoing training.