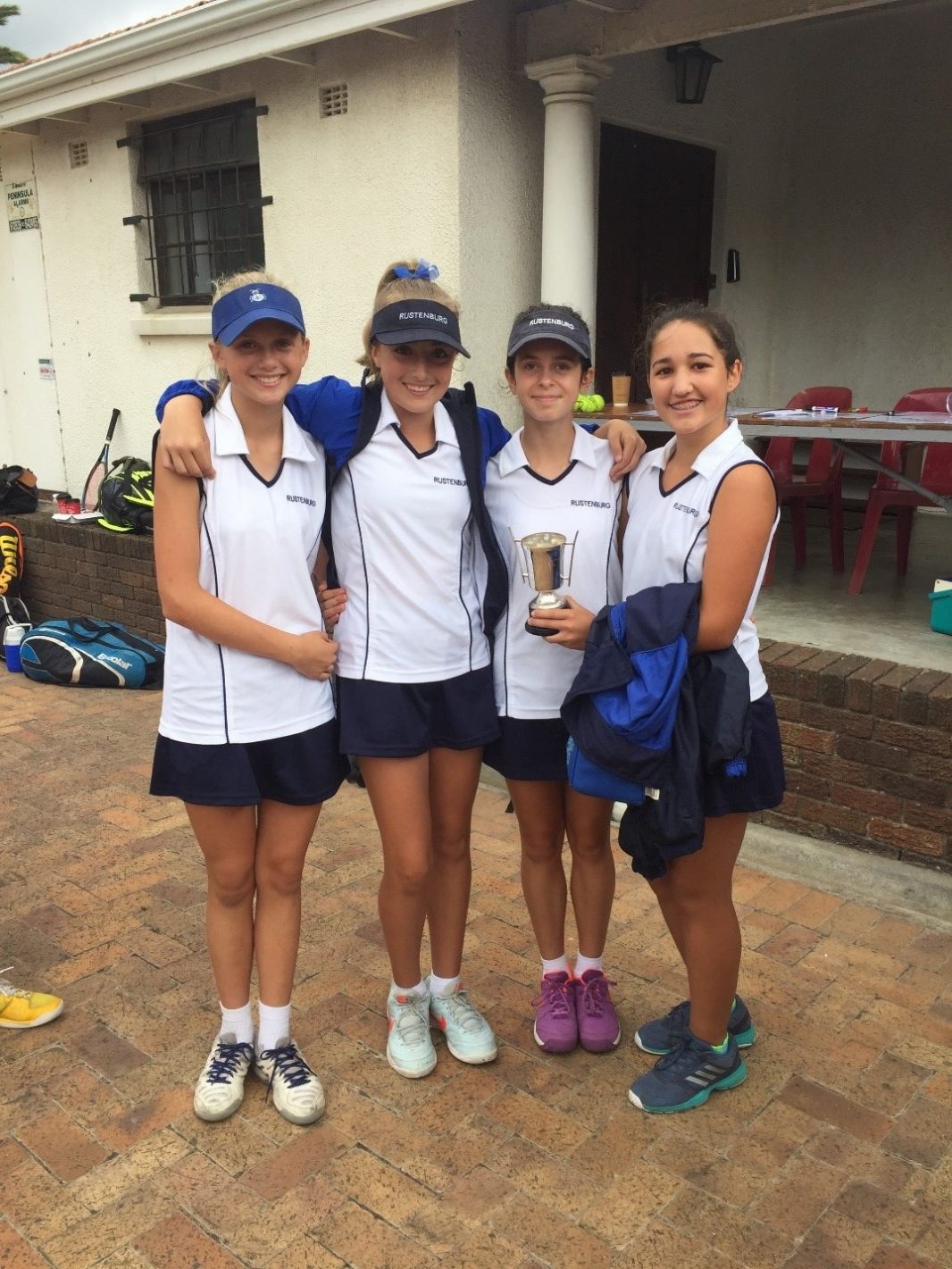 Good luck to all our girls and parents cycling the Cape Town Cycle Tour on Sunday 10 March. Have fun and STAY SAFE!

This is what Coach Sasha had to say about her team: “The 1st Team girls played phenomenally well. A fantastic group of girls – they just stepped up their performance from Inter-schools going into this game”.

This past weekend the PGSGU Tennis Tournament was played at Rustenburg. Herschel were the organisers. We were represented by four Junior players and six Senior players. It was perfect weather for tennis, starting with a little drizzle and clearing as soon as the girls started to play.

Our Senior Team players were:

Our Junior Team players were:

All four girls played some fantastic Tennis and they were placed 1st, winning the PGSGU Trophy.

Congratulations to each one of our tennis players. You certainly did RGHS proud.

Our 1st and 2nd Touch Rugby Teams travelled to Century City to participate in the annual In-2-Touch tournament.

Both teams reached the semi-finals.

Our 2nd team lost and our 1st team won their semi-final, putting them in the FINAL.

The Final was a very closely contested match against Warriors. At full-time the score was 0-0, so it came down to drop-offs. RGHS lost 0-1 to Warriors. A fantastic result and experience for both of our teams. Congratulations and thank you to Mr Williams for accompanying the teams.

The annual Knock Out Tournament took place from 1-2 March at Reddam.

Results of the pool matches played:

Congratulations to Karla Rautmann (Grade 8) for being selected as the captain of the U16 Western Province Deep Sea Angling Association’s team to represent Western Province in the upcoming 2019 Bottom Fish Nationals in East London. We are extremely proud of you and wish you all the best of luck for your competition.

This past weekend the SA Junior Rowing Championships were held at Roodeplaat Dam, outside Pretoria. This regatta is attended by all South African and Zimbabwean rowing schools and clubs.

Pairs (Schools) – Amber Wilson & Morgan Prins (Grade 12) qualified for the JW U19 Pairs B-Final where they finished first, making them the 9th fastest boat in the country

Doubles – In the final race of the day – Amber and her team mate then went on to win Silver while Kirsten and her partner won Bronze in the same event.

Pairs:Morgan, Amber and Kirsten competed in the pairs event

We are extremely proud of this complete dominance that has been shown by Kirsten, Amber and Morgan. We recognise your exceptional performances and wish you well as you continue to pursue further rowing goals!