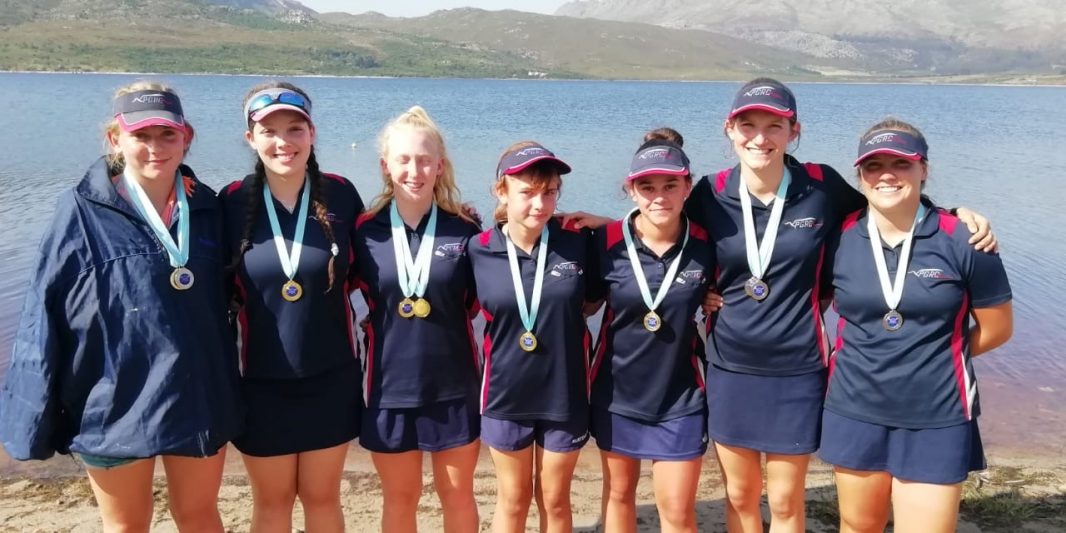 Results of matches played at Pinelands on Wednesday 29 January:

We wish Jordyn Campbell (Grade 12) good luck as she will be competing in the Bloemfontein Open Squash Championships at the end of the month.

The second gala of the year was hosted by Fish Hoek High School on Thursday 30 January. Rustenburg won the gala. We were narrowly followed by Herschel and Springfield. There were 8 schools participating. Congratulations to all our swimmers.

Jenna Renecle; Ashlee Pretorius (Grade 9s) and Erin Daffarn (Grade 10) all participated in the Stellenbosch Grand Prix this past weekend.

Jenna participated in the following events:  50m and 100m Breastroke as well as the 50m, 100m, 200m and 400m Freestyle individual events.
Jenna managed to swim 3 PBs during the two day gala.

Both Ashlee and Erin also swam some PB times. Congratulations to all three of you.

Congratulations again to Lisa Penney (Gr 9) who will now be playing in both the WP A and B tennis teams. She has moved up to no.8 in the A team and will also play as no.1 in the B team.

Results of matches played against Wynberg on Friday 31 January:

Congratulations to our rowers. They had a very busy weekend participating in the Western Cape championships at Elgin this past weekend. The RGHS girls all represent the Peninsula Girls Rowing club (PGRC).

Congratulations to Robin Day (Grade 8) who has been selected to attend the National rowing regatta at Buffalo, East London from 12-16 February.

Should your daughter be interested in combining her swimming, cycling and running ability please click on the link below to a perfect introduction to entering a TRIATHLON.