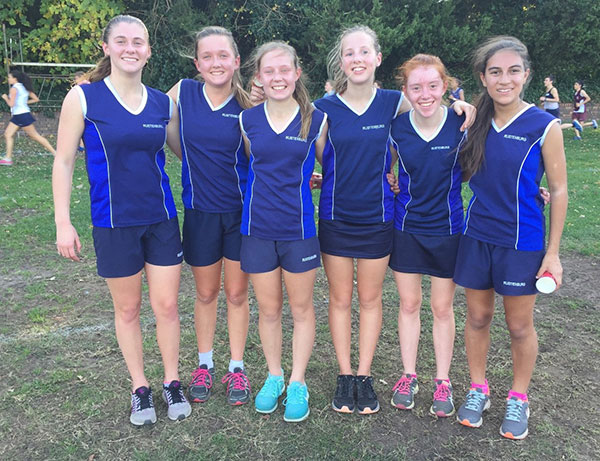 The mid-year exams are upon us. The first week went well with sport continuing through the examination period. Girls who are fasting are expected to attend social and/ or team training unless of course, they are feeling too weak to do so. If this is the case, please bring a written excuse to your coach or teacher-in-charge involved with your session that you wish to be excused from.

The examination sports timetable is below:

The last league race for Term 2 took place at SACS on Friday 2 June. RGHS runners turned out in their numbers and produced some very pleasing results. Congratulation to Caylan Bromley (Gr 12) on winning the U19 race.

Congratulations to Georgia Hill (Gr 10), pictured right, and Nika Hofmeyr (Gr 9), left, who have been selected as Captain and Vice-Captain respectively, of the U16 South Zonal Team.

Results from Friday 26 and Saturday 27 May.

“The 1st Hockey Team beat Durbanville 5-1 on Saturday 27 May at RGHS. The team played consistently well throughout the match and dominated in all key areas of play. We had 9 attacking penalty corners against their 1. Our goals were scored by Brittany Gouws (2 penalty strokes), Jacqueline Sissons (1 field goal and 1 from a penalty corner) and Kelly van Vlaanderen (from a penalty corner) – Coach Andi.

“The 1st Team played to a 1-1 draw against Bellville High School on Friday night, 2 June, in Bellville. We dominated in all aspects of the game and had 6 penalty corners without Bellville earning any. They scored a break-away goal from a well worked deflection on a counter-attack (one of only 3 opportunities), whilst RGHS had more opportunities but failed to capitalize. We scored in the last movement of the game from Casey Wheeler hitting off the top of the circle and a deflection from the Bellville defender forcing the ball into the box” – Coach Andi.

On Tuesday 16 May RGHS played some friendly matches against St Josephs.

On Thursday 25 May Rustenburg travelled to Fish Hoek to play their third league matches against Fish Hoek.

Congratulations to Khayla Langner (Gr10), Lauren Young (Gr 8) and Jaime Mc Gown (Gr 8) who form part of a group who danced a character piece called SHADE at the Cape Town Eisteddfod, for which they received a Diploma.