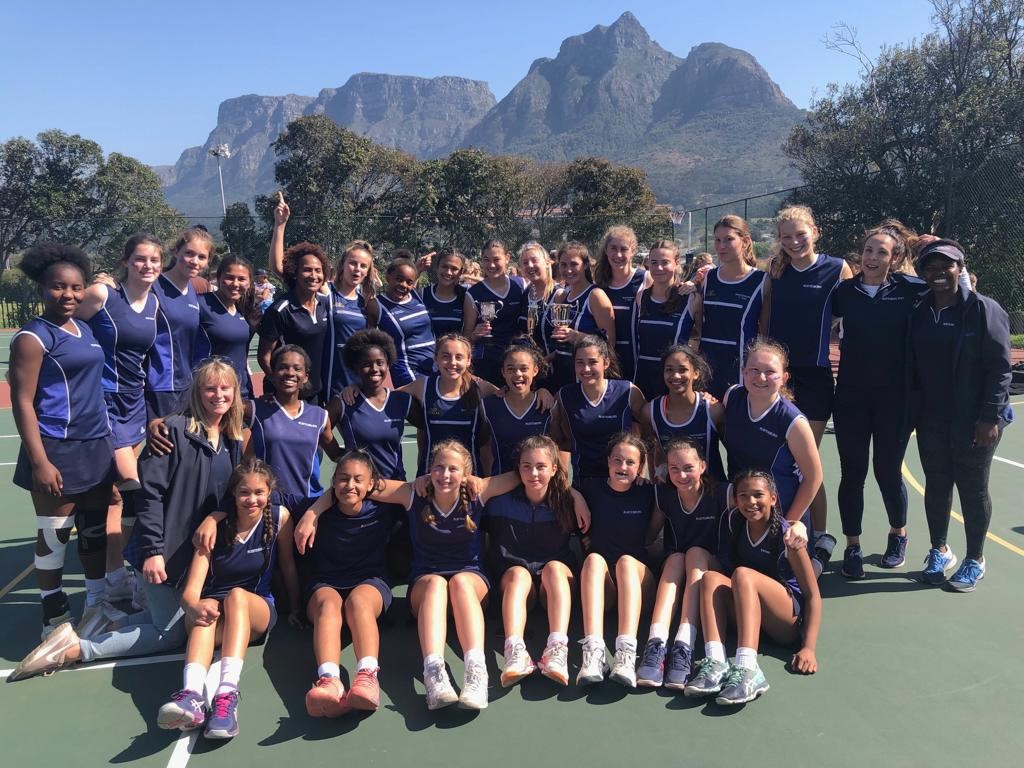 TEAM SPORTS: Coaches will communicate date of last session with their players.

The report below was written by Zaina Abrahams (Gr 12 vice-captain and WP Cape Metro Team member) on her perspective of the season and of the PGSGU Inter-Schools Cross Country event that RGHS hosted on Friday 23 August:

This year’s Cross Country team became a small family. We would complain every week about the difficulties of doing the dreaded “Rustenburg Challenge” (a 600-metre lap around the school) but never failed to attend the practices. The training and warm-up sessions were not only an opportunity to improve our fitness but also to befriend people across the grades.

We have attended numerous races throughout the season. The weather never stopped a race from happening, and we have had to run through the heat as well as the rain. At one race, I could barely even see through the rain and my clothes were soaking. This year’s PGSGU race, however, offered splendid weather and it was an exceptional way to end off the season.

Rustenburg competed against Herschel, Wynberg, Springfield and St Cyprians. Herschel took the trophy for a second year in a row. Rustenburg was placed fourth.

I am so grateful to have been able to be a part of the Cross Country team for the last four years. It has become an unforgettable part of my high school career. Ms Scott, Ms Williams and Ms Behne managed the team with passion and ease, making each session as enjoyable as possible. The people who I have met through this sport are incredible and a shout-out must go to Kate Lodwick, the captain of the 2019 Cross Country Team. So, as Ms Scott would end each training session: ‘Clap one, clap two, clap three, clap four, clap five. Well done, everyone!’ ” – Zaina Abrahams (Grade 12)

The last league matches for the season were played against Herschel.

“The 1st Hockey Team played possibly their best match of the season to end off on a winning note. With Herschel having to win this fixture to win the league, the pressure was on them to perform. Our girls were relaxed and played with the freedom that any underdog team experiences and this resulted in an amazing team effort where everyone stayed positive and supported each other in all aspects of the game. What a way to finish!👌 Field goal scored by Pauline Premier.” – Coach Andi

The PGSGU HOCKEY Tournament will be held this Friday (U14) and Saturday (U16 and U19) at Wynberg Girls’ High School. We congratulate and wish the following girls and their coaches all the very best.

“On the morning of Saturday 24 August, five schools came together to take part in the PGSGU (Peninsula Girls’ Schools Games Union) Netball tournament. The determined teams took to the courts proudly dressed in their school colours. Many parents, teachers, friends and family came down to support the teams.

Rustenburg achieved excellent results. They won three out of the four trophies and all age groups were in the top three with the U14s coming third and the U16s and U19s both winning their age-groups. The Rustenburg U16 team were the only team that won all their matches. A lot of enthusiasm and hard work went into all the matches that morning. It was a display of outstanding sportsmanship and sedulous effort. Well done to all teams that took part!” – Roxanne Comyn (Grade 10)

View the results from the PGSGU tournament below:

The third trophy that Rustenburg won was the “Goal Trophy”. This trophy is awarded to the school whose total goals scored by all three age-groups is the highest.

The WPDSAA record equates to a Regional record, the SADSAA record to a National Record and the All Africa record is for a fish species that is found throughout the world and currently the biggest in its category caught by an angler residing in Africa.

Congratulations on achieving and now holding these records, Karla.

La’eeqa Aziz (Grade 10) participated in the Western Province Golf Atlantic Beach Junior Open on Sunday 18 August. She played 18 holes in the Open C Division, placing second and achieving 40 points. La’eeqa has been selected to play in the Women’s Golf RSA Boland Ladies Amateur Championships in Langebaan on 14 and 15 September.

Congratulations on these excellent results and good luck for your upcoming tournaments.