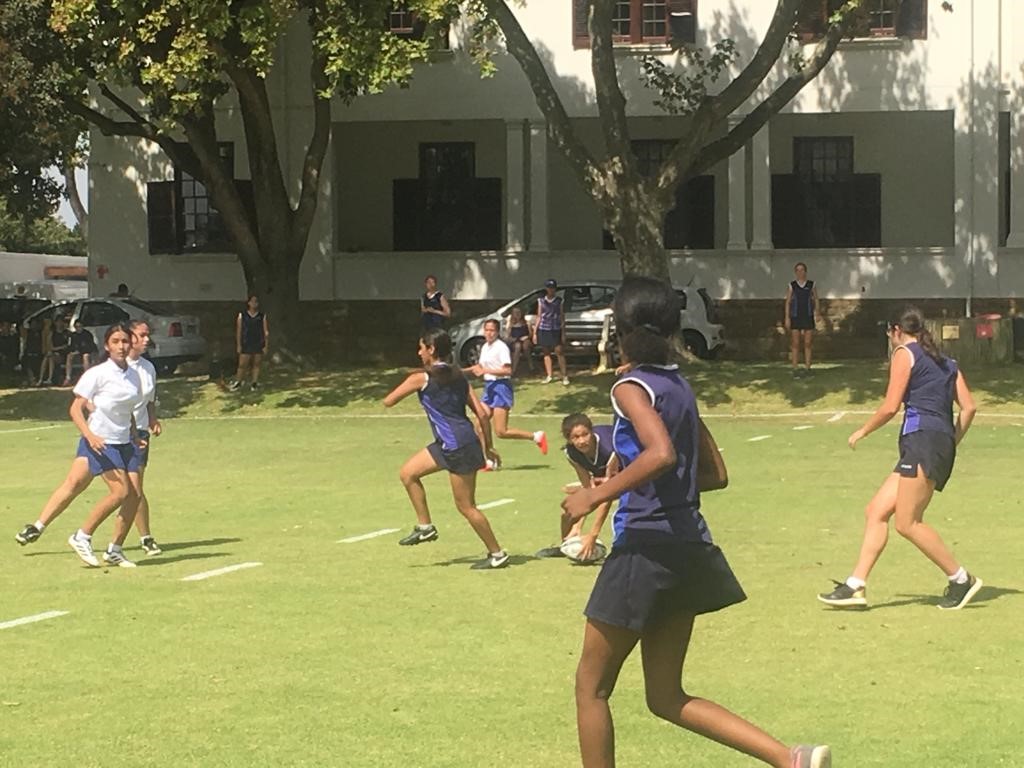 Girls wanting to be considered for inclusion into an RGHS WINTER SPORTS TEAM must attend the trials as set out below.

We continue with trials later this month to select teams to represent Rustenburg at the National Girls’ Schools’ Festival (NGSF) from 1-4 May. This year we will be travelling to Paarl and staying at De Hollandsche Molen. https://dehollandschemolen.co.za/ The cost of this tour is R3000.00 per person. The festival is being hosted by Paarl Girls’ High and La Rochelle.

1st Team Netball and Hockey Squads were selected at the end of 2018. These girls are invited to attend the final trials as set out below.

Two of our 1st Teams will also be touring at the start of the season:

U19 B and C team trials will take place at the start of Term 2 – dates to be confirmed.

RGHS played against Westerford on Wednesday 20 February. The results were:

At the PGSGU tournament hosted by Herschel on Tuesday 26 February our 1st Team girls played exceptionally well. The level of play by all teams seems to improve every year. The margins between winning and losing are so small. Rustenburg placed 4th and the scores were as follows:

Congratulations to the team and their coaches.

The Western Province A Team came second and the B Team came third.

RGHS participated in the Individual Gala hosted at CURRO, Durbanville on Thursday 21 February. We placed 1st in a very keenly-contested gala.

At the PGSGU Gala hosted by Springfield on Monday 25 February RGHS placed second in all age-groups (U14, U16 and U19) and hence placed second overall. The Swimming Team are a really committed group of girls and must be congratulated on their performances throughout the season. Coach Viv says they are a chatty group, but when they’re in the water they train really well!

In friendly water polo matches played on Friday 22 February the results were as follows:

The 1st Team had a very busy weekend representing RGHS in Johannesburg at the Old Petrians Girls U19 Tournament. Coach Nicola Barrett wrote the following report:

“The U19A Water Polo Team attended the annual St Peters tournaments in Johannesburg from 20-24 February. After our first tough game of the pool rounds against Clarendon, we had an incredible dinner with guest speaker, Victor Vermeulen. He spoke about his experience as an SA cricketer with everything going for him before he had a tragic accident ending with him being paraplegic from the neck down. His talk was inspiring and gave everyone in the room a reason to fight for their goals and appreciate what they have.

The following day we had three tough games left of our pool. We played Crawford, St Mary’s and Durban Girls’ College. While struggling in the tough pool, it became incredibly beneficial the next day when we beat our cross-pool play-offs against Reddam Bedfordview. We then entered the semi-finals for the Shield Trophy. After beating Wynberg Girls, we were up against Alex Road High School from Port Elizabeth in the final on Sunday. The RGHS girls walked away with a comfortable 6-0 win, showing their awesome growth in defence.

It was an incredible tour ending with the best result Rustenburg has ever had at the St Peters tournament, leaving the team in very high spirits. Well done. Amazing result!”

Margot Beattie (Grade 8) competed at the SANESA 2nd qualifier this past weekend.  Although the heat was unbearable at times, she and her pony JD came home with a 1st for 80cm Equitation; 3rd for 80cm Jumping Accumulator, just missing the placings; 2nd for 80cm Jumping Competition; and a 3rd & 5th for her dressage Prelim tests. They had such fun and are ready for the 3rd qualifier taking place in the 1st weekend of April.

Hannah performed exceptionally well, representing Big Bay Surf Lifesaving Club. She competes in the U17 category as a 16-year-old. She showed her grit with the older girls and was fantastic in the surf, competing in 11 events over 2 days

Rustenburg are very proud of both of you and wish you well for the rest of the season.

Erin did very well in the swim leaving the water 5th girl in the whole age category (12 – 15yrs). She was lightning fast out of the transition from swimming to mountain bike. She however had to drop out towards the end of the cycling leg due to technical difficulties with her mountain bike. Her Dad says: “She was obviously very disappointed that she couldn’t finish, but I was very impressed with the mature way that she handled herself and the disappointment of not completing the race. She is already talking about what training she needs to do during this year to complete this event next year again, and finish.” That’s fighting talk – turning a disappointment into a positive; an attitude that we can all learn from. Well done, Erin.

Four of our academic staff members ran a 10km road race on Saturday 23 February. Well done to each one of you.