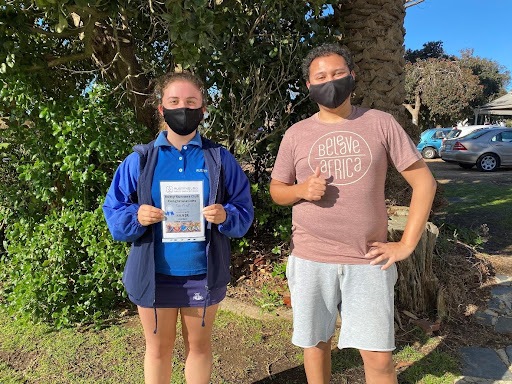 As we head into the final few weeks of the Winter Sports Programme please continue to inform your child’s coach and teacher-in-charge should she be unable to attend her practice.

Congratulations to the following RGHS U14A hockey players on being selected to represent the Southern Titans as the Cape Town representatives at the Eastern Gauteng HJ Winter Cup to be held from 26-29 August in Johannesburg; Isla Barbour; Leah Hofmeyr; Tatum Malherbe. We wish them a wonderful tournament and safe travels.

20 August marked the resumption of hockey fixtures, during what has been another topsy-turvy season for matches. On a beautiful Friday afternoon, we played against a strong Fairmont outfit, with matches being played across 2 venues, to limit the number of visitors at either school. This was only our fourth game of the season, and it was wonderful to get out and play an inter-school fixture. Some good hockey was played, and we were able to witness some great goals scored. Thank you to Fairmont High School for making these matches possible.

On Monday 23 August Rustenburg Girls’ High School hosted Cannons Creek for two Netball fixtures. After months of hard training, it was wonderful to see how much the Rustenburg players have grown and developed. It was an enjoyable afternoon of Netball.

Juliana Barrish (Grade 11), with her doubles partner, Sharlene Chigariro, placed 2nd in the TSA CT mini 5 tournament GD18. They dominated in two matches but then lost in a very exciting final, 2-6; 4-6. Congratulations.

We have our first 2 members in the Rusty Runners Club who have achieved the SILVER Award – 50kms completed.

Congratulations to the following learners who join the Rusty Runners Club (RRC). There are now 26 members in the RRC.

The following learners are closing in fast on achieving their Bronze standards:

Karla Rautmann (Grade 10) was awarded a Junior All Africa, SADSAA, and WPDSAA Record for a 94,40kg Yellowfin Tuna that she caught off 24kg breaking strength line near Dassen Gat off the West Coast.  She fought the fish for 3 hours and 20 minutes before landing it!

Karla’s selection to represent the WP Woman’s Team in the Bottom Fish Nationals which was due to have been held last year will now be held between 10 and 16 October 2021. We congratulate Karla and wish her all the best for her upcoming angling competition.