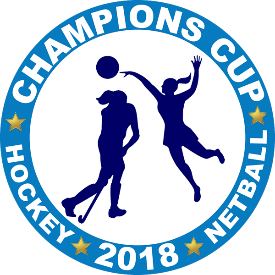 Thank you to the 4 Mums who have offered to assist with tuckshop duty when we host sporting fixtures at Rustenburg. Please see the continued plea below:

The Sports Department is urgently needing parents’ help: The following plea is aimed at parents who have a daughter who has been included in a Hockey or Netball team for the 2018 season.

Please send me an email if you can assist in one of the 2 ways above.

We wish our U16A Hockey and Netball Teams the best of luck as they participate in the 4th Champions Cup tournament from 27-29 April. This year we have also entered a Junior (U14) Team and called them the Rustenburg Colts. This tournament is hosted by Rustenburg. Matches start on Friday at 08h00 and end on Sunday at 15h00. Please do visit the RGHS campus and support the tournament if you’re in town for the long weekend.

This year we are sending a Team of 44 girls to East London to participate in the NGSF from 27-30 April. The group is made up of a Debating Team, U19 Hockey Team, U19 Netball Team, Tennis Team and a Vocal Ensemble Group. The girls will be accompanied by 8 adults: Ms Blayi (overall Manager), Mr Goosen, Ms Langenhoven, Ms Thompson, Ms Thorne, Mr van Dyk and coaches, Andi Bernstein and Theo Tafeni.

On Wednesday 18 April Rustenburg entered 5 teams of 3 runners in the first fun Cross Country relay event of the season. We travelled to Fish Hoek in the pouring rain. The girls competed in the pouring rain and enjoyed every minute of getting wet and dirty. One of the RGHS teams placed first girls’ team. The girls all ran exceptionally well, being pulled along by their team mates.

The first League race is to be held at Rondebosch Boys’ High School On Wednesday 2 May. We encourage all our Cross Country girls to enter this event as it is a fast, flat and easy course.

Well done to all the teams.

Our 2nd Team played against Springfield and lost. Our players were Amy Bernberg; Isabella Rossouw; and Roxanne Comyn (all Gr 9s). Thank you and well played to all our Squash players.

FIGURE SKATING
Congratulations to Ylara Esau Salie (Gr 9) who has been selected to represent Western Province at the Annual South African National Figure Skating Championships, which will be held in Gauteng from 7-9 May.

Congratulations to Jodie Williams (Gr 8) and Pinotage Prince who came first in both her 60cm jumping events at the third SANESA qualifier.