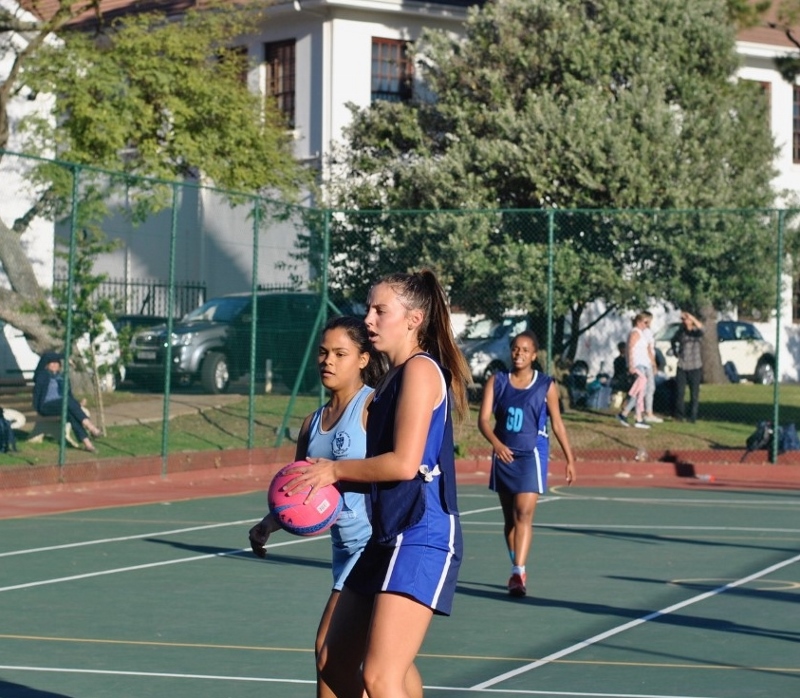 FIXTURES FOR THE RHENISH DERBY WEEKEND ARE AVAILABLE BELOW:

The matches have been scheduled so that it is possible to support both the 1st Hockey and the 1st Netball Teams. The tuckshop will be open with baked goodies and much more for sale. There will also be Egg and Bacon rolls on sale. Please come and support RGHS!

‘The 1st team played an outstanding match against Fairmont where we had more possession and were very unlucky not to win. We attacked down both sides of the field and scored first through a well hit penalty corner from Erin Coetzee. Fairmont came back strongly and scored two quick goals from penalty corners. RGHS stayed positive and scored twice in the second chukka to lead 3-2 with both goals scored by Kelly Johnson from penalty corners. Fairmont capitalised on a defensive error to equalise and it stayed 3-3 until the last five minutes when they managed to score again.

I am very proud of this team and how they stepped up to play one of their best games this season.”

Congratulations to Jorga Jacobs (Grade 8) on her selection to the Mitchells Pain Netball Union team to compete in a tournament in Clanwilliam from 26-28 July.

All the best to Daniella Solkow (Grade 12) who will be competing for South Africa at the European Maccabi Games in Budapest, departing on Sunday 28 July. Wishing you good luck, safe travels and an amazing experience.

Jordyn Campbell (Grade 11) was chosen to represent the Western Province Interprovincial senior side (B Side ladies) during the July holidays – the team was sponsored by Growthpoint and it was held in Durban. Western Province ended fourth in their section.

Jordyn has also been invited by SA Squash to participate in the SA Open (invitational only if not a PSA player) which will be played on a spectacular all-glass squash court in the middle of the V&A waterfront from 5-10 August. Congratulations and good luck for this upcoming event, Jordyn.

An opportunity to get involved in Cycclocross – a form of mountain biking that takes place on a looped course. See poster below – entry is free and the venue for the event is Rondebosch Boys’ High School. For more details please visit the website: https://steeplecx.co.za/