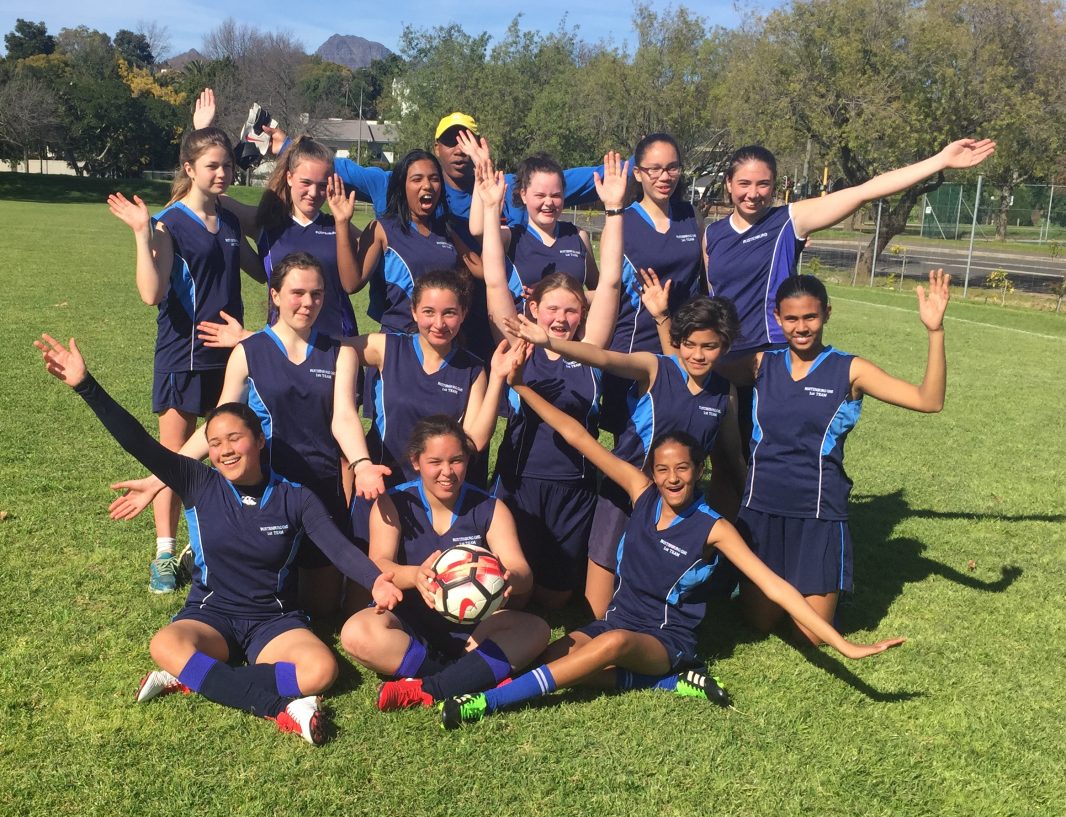 On a beautiful, but very chilly Saturday morning, the Rustenburg Hockey, Netball and Soccer Teams travelled out to Stellenbosch to participate in the annual derby day. Much fun was had by all and the standard of play in all the sporting codes was very high. Congratulations to all the players and thank you to all the parents who assisted with lifts and for supporting your daughters.

Waking up extra early on a Saturday morning does not make most people very excited, but our Soccer girls got up and got ready to play their first ever match against Rhenish with excitement. This game was a way of putting themselves to the test – to use their training and the skills they had been learning. Soccer has generally been considered a social sport, but with the recent increase in support and interest, there is the possibility of it being made an official team sport. The girls who were involved in the match, played with heart and tenacity and although they lost to Rhenish, it was worth it for the experience they gained. A huge thank you to the parents who came out to Stellenbosch to cheer them on – your support is very encouraging. By Nicole Oosthuisen

Rustenburg vs Herschel on Thursday 16 August

Results from the PGSGU Squash tournament held on 18 August at Western  Province Cricket Club. Congratulations to the RGHS Team who placed third overall. Congratulations in particular to Jordyn Campbell (Gr 11) who won all her matches. A special thank you to André Naude who has coached the girls all season.

She did very well, placing 1st for beam, 2nd for bar and 3rd for floor. Overall she was placed 2nd. She also received an honours badge for Artistic Gymnastics, thus receiving her full colours.

Congratulations, Jenna, RGHS is very proud of you and wishes you the very best of luck.