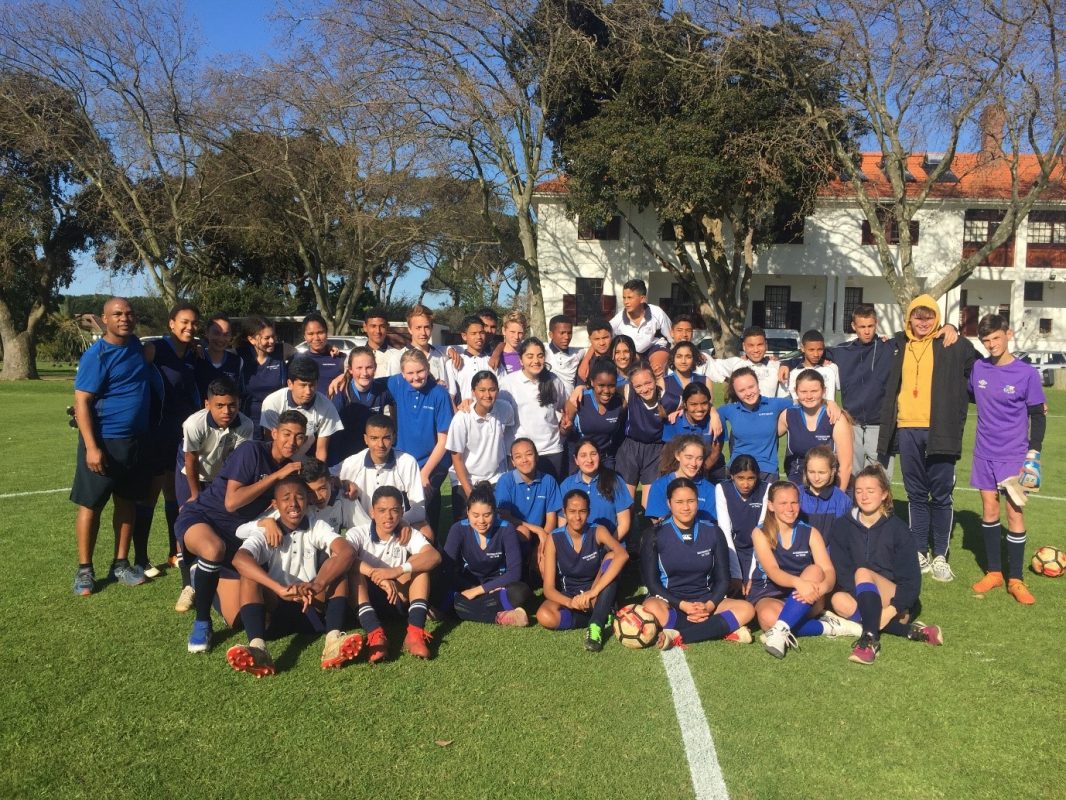 Thank you to all the players, coaches, teachers, parents, first aiders and supporters for joining us this past weekend for the RUSTENBURG vs RHENISH derby. A very special thank you goes to the parents who got involved and assisted in manning a tuckshop, baking delicious eats and making egg and bacon rolls. Without your help this weekend would not have been the success it was. #whoistherealrghs

Congratulations to all eight of the RGHS Cross Country girls who participated in the Western Province Championships held at Fairmont High School on Saturday 17 August. The eight girls are:

Zaina, Megan and Laya have been selected to represent Western Province at the Western Cape Championships. Congratulations on earning your WP Cape Metro colours!

The following girls will be representing Rustenburg at the annual PGSGU Inter-School Cross Country event this Friday with races staring at 15h30. We wish all our runners the best of luck, speedy legs and determination to get to the finish line as fast as possible.

Wishing the following girls the very best of luck as they represent Rustenburg at the annual PGSGU tournament on Saturday 24 August. RGHS are hosting this tournament on campus from 08h00-12h30.

On Saturday, 17 August, the RGHS soccer team excitedly ran onto the field to play their second match this year against Rhenish. The girls were excited to play as they were able to show all the skills and tricks that they had learnt from several months of practice. Whilst watching the matches, it was evident that the girls were prepared and determined to give it their all. Hannah Hector, a Junior B player, described the match as “an opportunity to showcase our talent and play together as a team”, which was truly evident as they played well and won their match 1-0. – Zipho Tom

The second match between the RGHS Junior A team and the Rhenish A team was another delightful encounter of skills taught by Coach Lungi. Umpire Nemo did an excellent job to ensure that the game was played fairly and with a sense of professionalism. Congratulations to all involved. The score was 0-2, this time in favour of Rhenish.

Huge congratulations to our 1st Team who placed second at the PGSGU SQUASH tournament which was held at the WPCC on Friday 16 August. Congratulations to Jordyn for winning all her matches and to Herschel for placing 1st overall. Thank you to Wynberg for hosting the event.