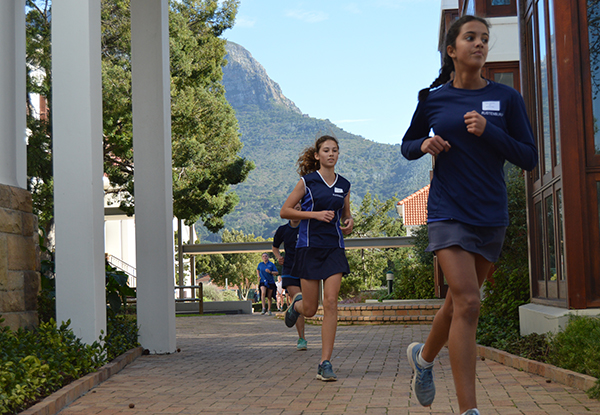 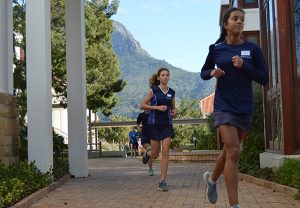 Monday 18 June: Inter-House Netball and Hockey – This was unfortunately rained out

There was lots of fun and games during this 3km challenge.  Cambridge came out on top with 224 points. Full House results are as follows:

The first race is always competitive and this year the race was narrowly won by a runner from our Junior School. 32 of the RGJS girls were invited to join us. The Grade 8s must be congratulated on the fact that 150 of them ran or walked the 3km route, that is 77% of their Grade. The second race saw many of the girls jog the entire route with the majority of the girls choosing to walk the event.

In a typical derby day-type match that was always going to be a closely contested event, Wynberg played a better game and came out on top with 1-0. The match was played in good spirit with the ball being transferred across the entire field at a quick pace which resulted in a few goal scoring opportunities. RGHS got impatient and started running too much with the ball instead of passing and this resulted in turnovers as Wynberg were physically stronger on the field.

The first team stepped up a gear in their match against DF Malan last night, after the disappointment of their first loss on Saturday.

“We played a constructive passing game which resulted in two early field goals from Rebecca Bysshe and Rebecca Hill. We maintained the lead until halfway through the second half when DF scored from a field goal. Credit must go to the Rustybugs who never gave up and kept pushing for a third goal, which was eventually scored from Nika Hofmeyr just before the end of the game. I am very proud of how this team bounced back, and showed great character in finishing the term on a positive note” – Coach Andi.

Rustenburg are currently short of Goal Keepers, particularly in the U16 age-category.