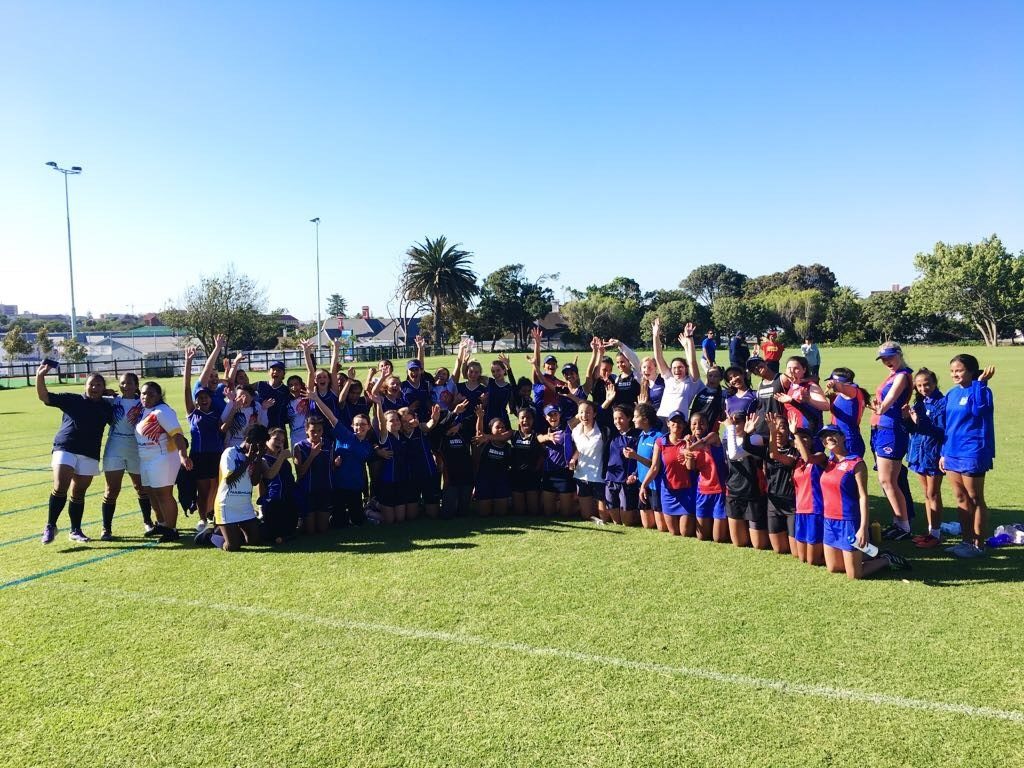 On Monday 30 October a small group of RGHS cricketers travelled to Plumstead with their coach, Mr Hendricks, and played a cricket match against Plumstead High School. RGHS won by over 40 runs. Congratulations on your second win in as many weeks.

On Thursday 26 October we participated at Herschel in an individual gala.

We placed 2nd behind Herschel with Rhenish in 3rd place.

Results from this week are very pleasing. Every team that played won their matches. Congratulations to all our tennis players.

“With the exams around the corner and the stress levels a bit higher than usual, our Touch Rugby Teams destressed during a WP tournament hosted on Rustenburg’s fields on Friday 27 October.

It was a fun and very successful afternoon with Rustenburg entering three teams into the tournament.  Norman Henshilwood High, Groote Schuur High and Claremont High School participated in the tournament.  We also had players from the WP Ladies A Touch Rugby Team who represented South Africa in a number of World Cups previous years, visiting us and refereeing which gave the girls an opportunity to meet them.  Awards were handed out by SA Touch Rugby Player and Olympic Sevens Rugby Referee, Aimee Barrett-Theron.  Sport at Rustenburg continues to be a platform where girls can learn social skills and make new friends, meet positive role models, all whilst strengthening their bodies and improving their fitness.

We would like to congratulate our 1st Team who beat Claremont High School convincingly in the finals and were crowned champions!  We look forward to seeing all our touch players back in January 2018!” – Coach Barrett-Theron

It promises to be an amazing evening. All tickets are available at www.webtickets.co.za – adults are R100 and scholars R50.