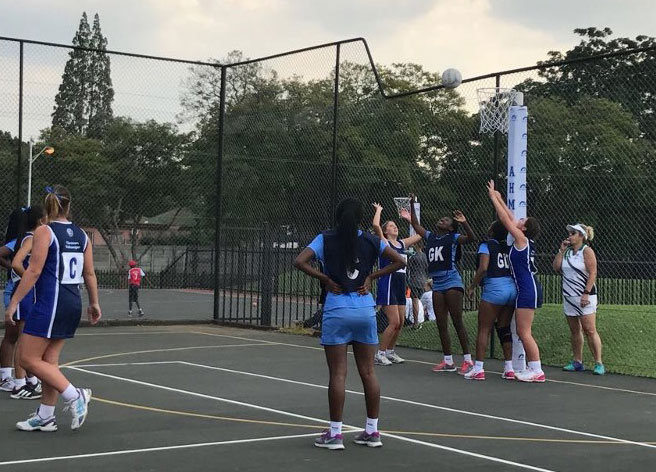 MORE RESULTS OF SPORT THAT TOOK PLACE DURING THE HOLIDAYS/ PAST WEEKEND:

Cameron Alexander (Grade 10) has been selected to represent Namibia at the U19 South African Interprovincial Championships to be held in Cape Town from 15-22 July 2017. Cameron has also been awarded her Namibian National Colours. Congratulations on this excellent achievement and good luck for the upcoming tournament.

A review by Coach Andi of each match played at the U19 Fairmont Hockey Tournament from 5-8 April 2017.

This was a tough first game where Edgemead had all their players behind the ball, making it difficult to score. We had 5 penalty corners and they did not have a single shot at goal. We need to ensure that we get more shots on target and greater depth in going forward, but our build-up play was good.

We had a very frustrating match against a team that we knew was much weaker than RGHS.  Again, we had much more possession but did not capitalize on scoring opportunities.

This was a much better performance against a team that we knew was structured and liked going forward. This forced us to play a passing game and resulted in a 1-0 win from a tip in goal from Juliet Wilson playing out of position as a left striker!!

This game was a mid-field battle with very few scoring opportunities. We were able to keep the ball and were disciplined going forward, resulting in two field goals from Casey Wheeler and Brittany Gouws.

In a game that we had to win, we scored quite early and then had to protect the lead. This was hard to do, as Pinelands were always wanting to go forward to score. A lesson learnt was that we need to ensure that we don’t panic under defense and to be aware of time as we continue to keep the ball under pressure. Sharna Naidoo scored our only goal.

Overall, a great result after the first two disappointing matches!

Thanks must go to Ms Viljoen and Ms Brown, for your help organising the upcoming season.

Bianca Hill (Grade 12) has been awarded her Senior Western Province Colours for Synchronised Ice Skating.  Bianca already has her Junior WP colours in the same discipline but has recently qualified to skate in the Junior Synchronised Ice Skating section, thereby giving her Senior WP colours. Bianca will be taking part at the National Figure Skating Championships which are being held in Durban later this month. Congratulations and good luck, Bianca.

South Africa has managed to string together and host several international events, at which surfers can achieve the necessary points required to make the “dream tour ” that consists of the top 32 men and 18 women. As we all know, South Africa is an attractive and cheap destination for the internationals that are hoping to garner favourable points towards their campaign. This has resulted in SA’s top men and women competing, but also a host of athletes from Hawaii, the USA and Australia competing on our shores, all hoping to gain international points.

Natasha has recently competed in Port Elizabeth, East London and Durban. Her best result came in East London, in massive surf, where she placed an incredible third. In 2016 Natasha was ranked 298 on the international scale and has, after the first three events, jumped to position 119 in 2017. Her aim is to finish the year in the top 100 globally. Considering that Natasha is in her Matric year, this would be an excellent result. We need to support and encourage Natasha to achieve this goal. Congratulations on an excellent start to the season. RGHS is behind you all the way.

Caylan Bromley (Grade 12) has been very busy participating in a variety of events.

Caylan placed first in the 2 mile ‘Around the Island’ swim in Langebaan on 22 April. She swam in 14 degree C water without a wetsuit. Caylan also successfully completed the ‘Freedom Swim’ from Robben Island in a relay team of 4 swimmers.

This past weekend, Caylan participated in the Walker Bay Xtreme event in Hermanus.  She competed in the 6km cliff trail run and placed third, as well as swimming the Harbour to Harbour 2,5km without a wetsuit in 12 degree C water.  She placed second in the swim.

Caylan proudly displaying her ‘Around the Island’ swim winner’s trophy