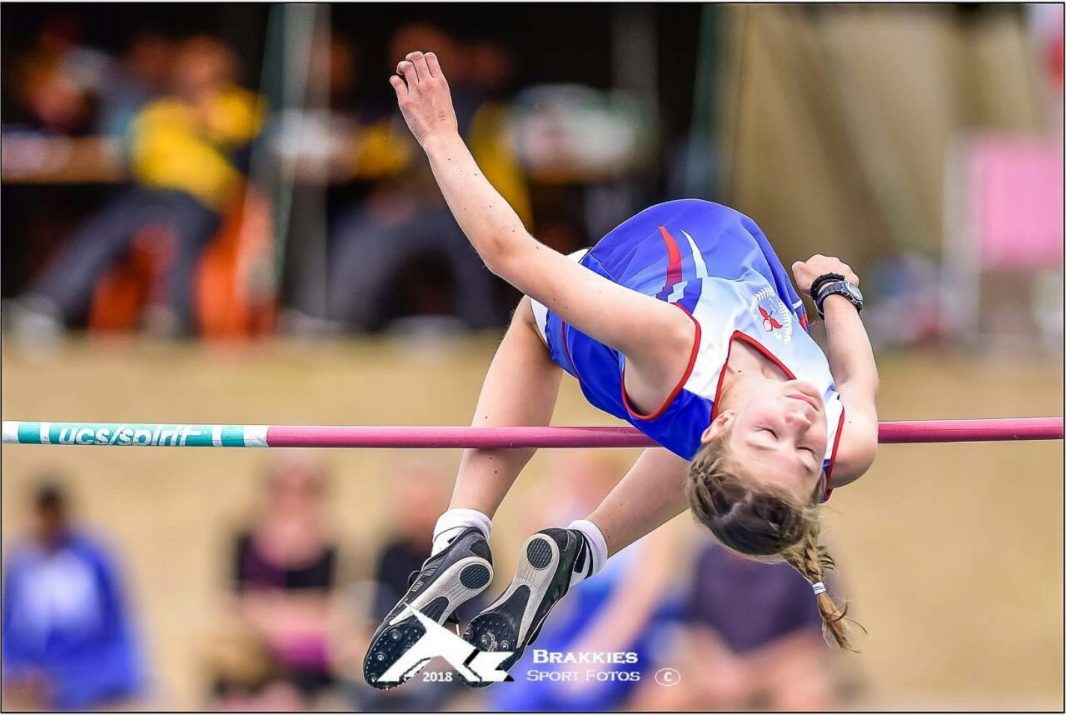 HOCKEY FIXTURES FOR THE UPCOMING 2018 SEASON

On Monday 12 March at 06:15 our Rustenburg athletes were treated to a workout presented by 2016 Olympian and track star, Dominique Scott. Dominique taught us all a number of new and very useful warm-up moves and running drills that we plan to put to good use for the upcoming Cross Country season. Dominique kept the girls busy for a solid hour and was most impressed with the girls’ level of commitment and enthusiasm with which they conducted themselves.

Kelly Prowse (Gr 8) participated in the Western Cape Athletics Championships in Paarl this past weekend. She represented Western Province in the U14 300m hurdles, placing 5th in the finals and only 2 seconds off the national qualifying time. Kelly also represented Western Province in the U14 high jump and received the bronze medal for her jump of 1.55m, achieving the national qualifying height.

The 2nd Team played their last match of the season and ended on a winning note, beating Westerford’s 3rd Team 3-1. The girls really played well and made good connecting passes, resulting in two goals scored by Rebecca Hill (Gr 11) and one by Josie Malherbe (Gr 9).

Player of the match was Maxine Harrison (Gr 12) who thoroughly deserved the recognition as a player who has spent many years playing and has gotten stronger with each season.

This team has produced it’s best results yet, winning 4 games, drawing 1 and losing 2.

This tournament took place on Thursday 8 March at Herschel.

Coach Andi Bernstein had the following to say:

“The RGHS Indoor girls had a great tournament. Whilst the results may not reflect this, they played with energy and enthusiasm and never gave up. Every match is a tight one and with two 1-1 draws (against Wynberg and Springfield), and two 0-1 losses (St Cyprians and Herschel), the team struggled to score enough goals to ensure a top spot.

Kiara Skors was outstanding in her efforts as the reserve GK standing in for Caroline Schreiber for the last two matches, and she should be commended for this.”

We played 5 matches, won all 5 and scored a total of 14 goals and none against us, thus winning our pool and making it through to the finals in May at Bellville High School.

Goals scored during the morning:

The team had an outstanding tournament and deserve to be in the finals in May. Congratulations on an excellent start to the season.

Results from past weeks:

The 1st and 2nd Touch Rugby teams represented Rustenburg at the annual Century City tournament hosted by in-2-Touch. Coach Mrs Barrett-Theron had the following to say:

“Our 2 teams were split into 3 teams of 8 players to compete against schools like Claremont High School and Norman Henshilwood High. The 2nd and 3rd teams played well but fell out in the pool stages of the tournament.

The 1st team played against Norman Henshilwood in the semi-finals and beat them 2-1. We played Spine High in the finals and when the whistle went we drew the match 1 all.  This led to playing a drop off (4 vs 4 players on the field and after 2 minutes 2 players would leave the field) in extra time.  The girls played phenomenal Touch Rugby and showed so much character.  We lost in the final and received the silver medal.  Our RGHS players were polite and showed such good sportsmanship.  We are so proud of all our players.

On Sunday 11 March, 6 Rustenburg Girls were privileged to ride the Cape Town Cycle Tour – commonly known as The Argus.

I call it a privilege as it truly is just that. I, too, was one of the privileged 35000 cyclists. The organisation is brilliant and the weather was fabulous. To be one of 35000 cyclists to participate is simply a ‘bucket list’ event and the following girls have ticked this box. Well done to each and every one of you.

Well done to all the parents who supported their daughter’s with their training prior to the ride and on race day.

Nika du Preez (Gr 8) will be taking part in the Inter-Schools sailing regatta to be held at Imperial Yacht Club (IYC) on 24 and 25 March.  She will be sailing her Optimist in this regatta and is excited to represent RGHS at this event.

Nika will also be taking part as a team member (on a Pico) in the MAC24 hour which is to be sailed this coming weekend from Milnerton Aquatics Club (MAC).

We wish Nika all the best with her sailing endeavours.

Erin Lane (Gr 11) participated at the Killarney International Raceway (Short Circuit Racing round 2) on Saturday 3 March. She won one of the 3 races of the day becoming the first women to win a race in her class in the Cape Town Short Circuit racing.

She was also second overall for the day and was crowned rider of the day. Congratulations on these brilliant results, Erin.