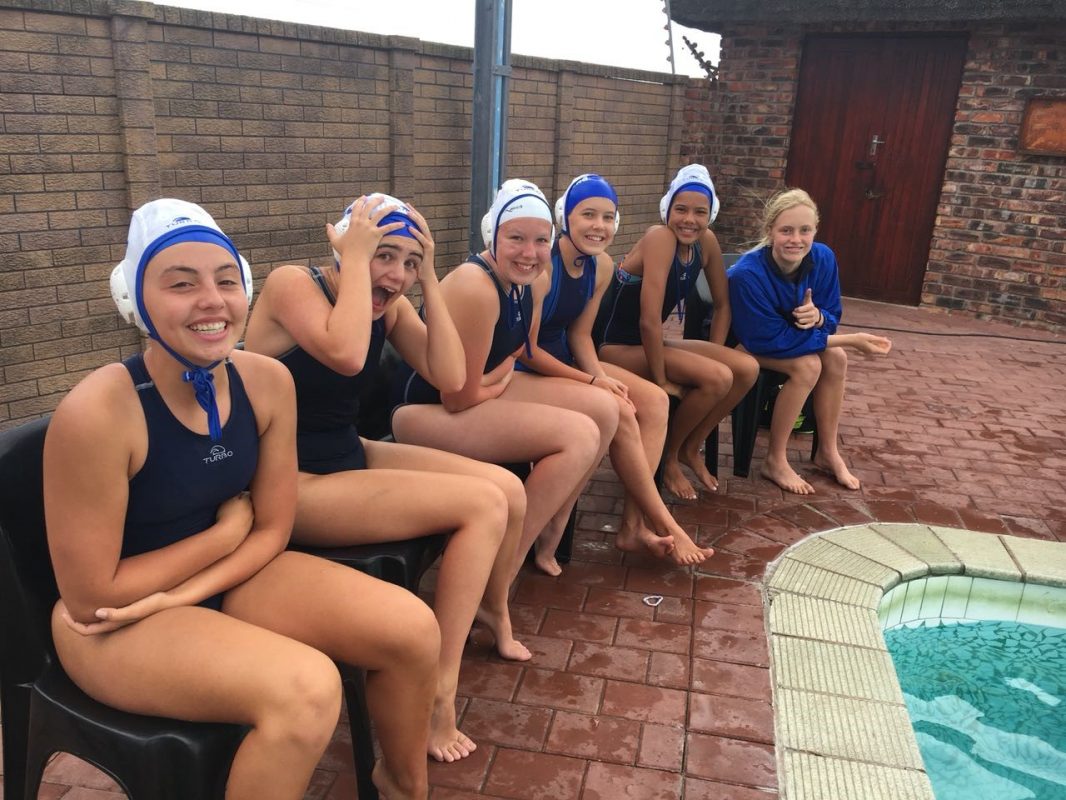 In a very tightly contested match, Josie Malherbe (Gr 9) scored from a drag flick in the last 10 seconds of the game

This team is becoming stronger with every game and played consistently throughout to win.

Player of the match: Jodi Bowman-Hughes

Results from matches played at Rustenburg on Friday 9 February. Rustenburg won both their matches again. See scores below.

13 Rustenburg grade 9s and 10s travelled to PE to take part in the Alex Road First Team Water Polo tournament. The girls were accompanied by Ms Goble, head coach, and Devon Card, assistant coach. The girls were given Smart Goals and Stretch Goals by their coaches and they were asked to meet these goals in every game that was played. One of the goals for attack was to score in every game, the girls managed to achieve this goal in 9 out of the 10 games that they played. The girls were challenged by their first few games where they played some of the top first teams in the country but their improvement throughout the tour was evident. They ended the tour with a fantastic win against Rhenish 2nd team where Ms Goble had given them the goal of not conceding any goals while scoring at least 6 in the 14 minutes. They ended up winning 11-0 in a game where they displayed incredible teamwork.

In the end, the team won 4 games, drew one, and lost 5. Their losses were against 4 of the top 8 teams in the country.

Devon: “I think this weekend was an amazing experience for a lot of the girls! And the results showed how they grew and improved against some of the best 1st teams in the country.”

Full set of results below:

Congratulations on an excellent weekend of Water Polo!