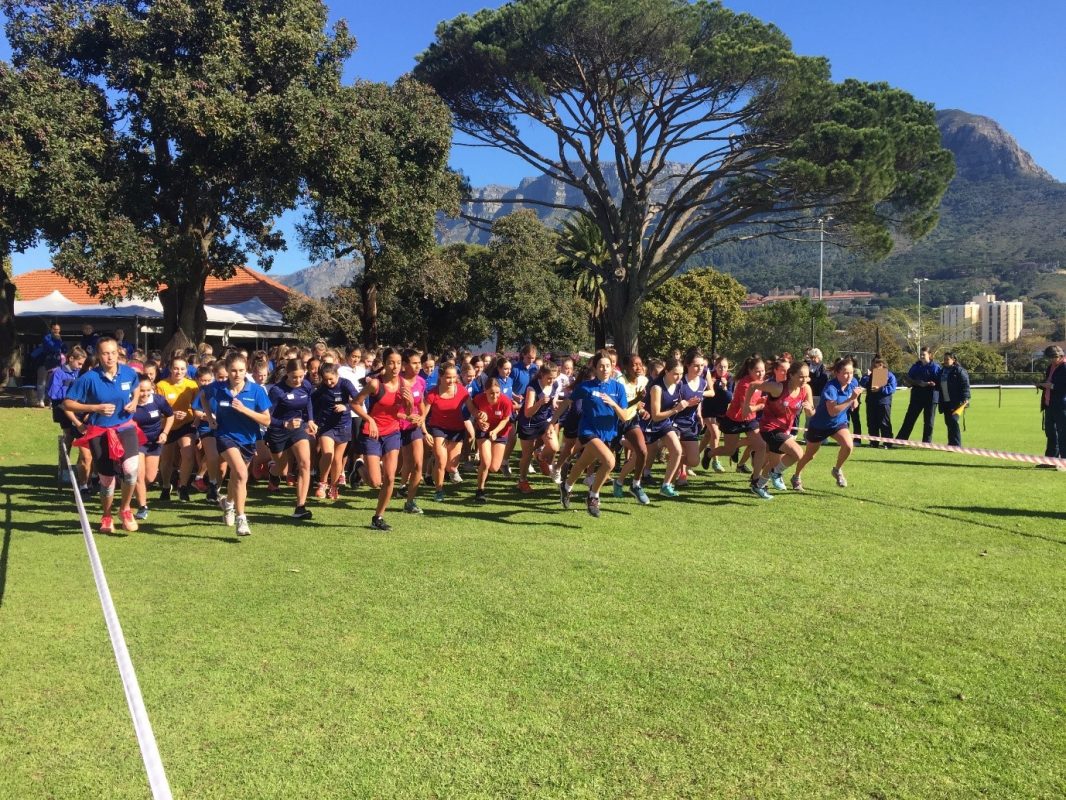 The annual Inter-house Hockey and Netball Tournament took place on Monday 10 June. The event is always a colourful affair with teams dressing up in their house colours. It is a great event that enables players from Grade 8 up to Grade 12 to play together as teammates and have fun.

The tournament kicked off with a Staff vs Matric Netball match, which the staff won 5-3.

The Marchand Hockey Team had a successful day on the astro winning three matches and only dropping one point against Michiel Vos.

The Cambridge Netball Team played very well as a team, having a great balance of junior and senior players. The team won all four matches earning themselves 8 points.

On Thursday 13 June the whole school participated in this annual event. The format was slightly changed this year with Race 1 taking in 2 laps of a 1.5km route. The route ensured that the runners ran through the 5 houses as set up on the field twice – this enabled the participants of Race 2 to support their peers and vice versa.

The results of the top 12 runners were as follows:

Top 10 runners in the 3km event for each grade:

The Inter-grade relay was won by Grade 8s, narrowly beating the Grade 12 runners.

Well done to all the girls who participated and helped to make the event the success it was.

Tour to Serbia and Montenegro

We wish Ms Goble and the following girls all the very best on their tour:

The girls have been keeping fit and strong throughout the past few months so that they will get the most benefit possible from their playing and learning experience in these beautiful countries. We wish you all a safe and enjoyable experience.

Provincial tournaments: good luck to the following girls who will be representing their Province during the holidays.

Congratulations to our U14A team who are unbeaten. They have won all five matches played this term – they are second on the WP league log on goal average behind Herschel.

“The 1st hockey team played Edgemead on Friday evening under cold and wet conditions. This did not deter them as they started off well by scoring three goals in the first chukka. Goals were scored by Gemma Watermeyer and Rebecca Hill (field goals) and Erin Coetzee scored a penalty stroke. We continued to dominate in all aspects of the game which showed in RGHS earning 9 penalty corners vs Edgemead’s 0. We kept attacking throughout the rest of the match and scored a goal in each of the remaining three chukkas. These goals were scored by Kelly Johnson (field goal), Ashleigh Noyce (penalty corner) and Rebecca Byssche (field goal)” – Coach Andi

Laéeqa Aziz (Grade 10) has qualified to play in the South African Girls Golf Championship in Orkney. This tournament is a national level event.

She will represent Western Province from 29 June to 4 July. Congratulations, Laéeqa.