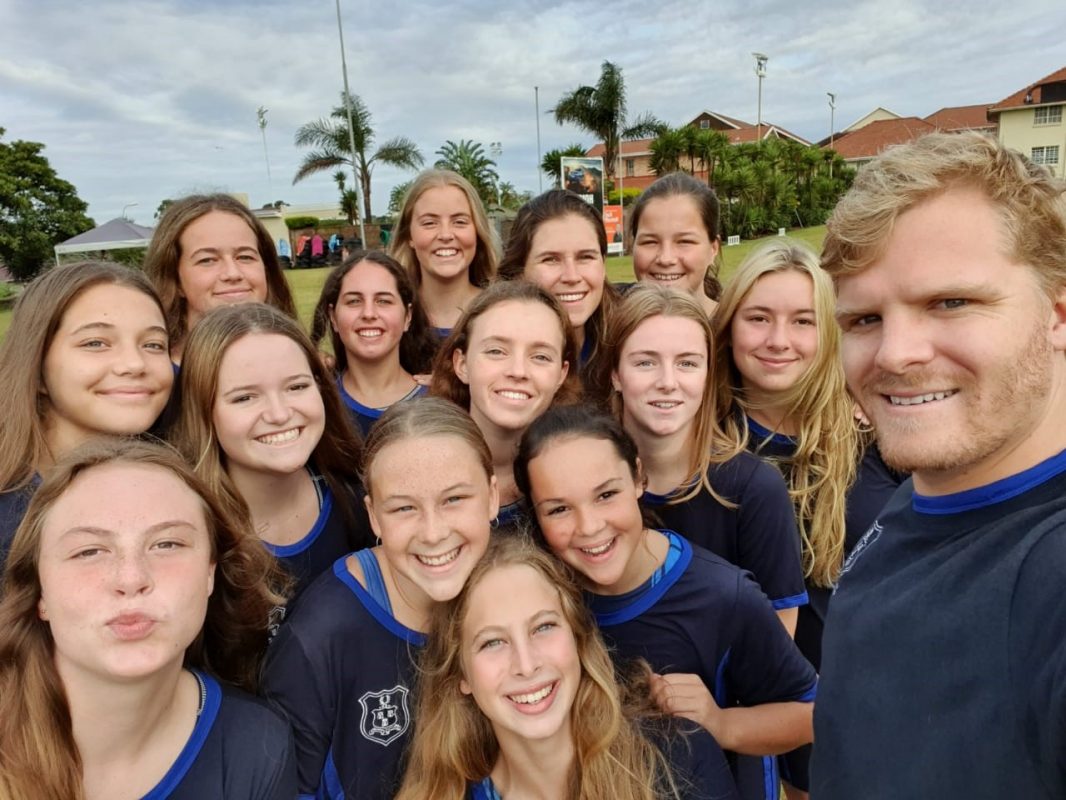 Results of matches played at Westerford on Wednesday 5 February:

At the third gala of the year hosted by Rondebosch Boys’ High School on Thursday 6 February, Rustenburg were placed 7th out of 10 schools. This was an Individual Gala.

Skye Micklethwaite (Grade 8) also participated in the Swimming Grand Prix, 31 January – 2 February. She swam the 200m IM, 200m free, 100m free and 100m back. She swam a personal best in all four events. Congratulations on your improvements, Skye.

Results of matches played against Herschel on Friday 7 February:

“This tour started off with an already well-bonded team so the fun started as soon as we headed to the airport on Thursday. We spent our first evening at the Boardwalk where the team spent some time (and money) in the Games Arcade after a dinner at Spur. Even when we headed back to the hotel, the team wanted the fun to continue so the coaches had a hard time getting them to go to bed for a good night’s sleep ahead of a big day on Friday.

We woke up to loadshedding at Mill Park Inn. The BnB had prepared a filling breakfast despite the lack of power. After a team talk from the coaches, where the team was given defensive and attacking goals for the tournament, they played their first match against the DSG 1st Team. The team had a very strong defensive game and ended up drawing 3-3. We played five games on the first day, winning two (against Alex Road 2nd team and St Cyprians 1st team), drawing one and losing two (against Kingswood 1st and DSG 2nds). The highlight of the day was the game against St Cyprians because it was so fantastic to see the girls play as a unit that was proactive rather than reactive. That night the girls returned to the BnB with Mc Donalds for dinner and they had a fun evening with their coaches.

Day 2 began with a difficult game against Glenwood House, where we lost 3-0. The team was quite down but brought a lot more energy to the second game of the day against Kingswood A where we won 3-0. Collegiate 2nd was our next game and we lost 2-1 despite playing some very good polo with great team work. The tournament ended off with a bang where we beat York 1st team 3-0 in a game that showed brilliant teamwork and a culmination of all of the hard work throughout the tournament.”

An email from a parent reads: “I was so impressed to see the amazing team spirit and camaraderie amongst the girls and you could see how that pulled through into their games in the tournament!  I was privileged to be able to be there to watch the tournament and it was wonderful to see.

Ms Goble and André did an incredible job of coaching and looking after the girls! My daughter thoroughly enjoyed the amazing experience and had SO much fun!!”