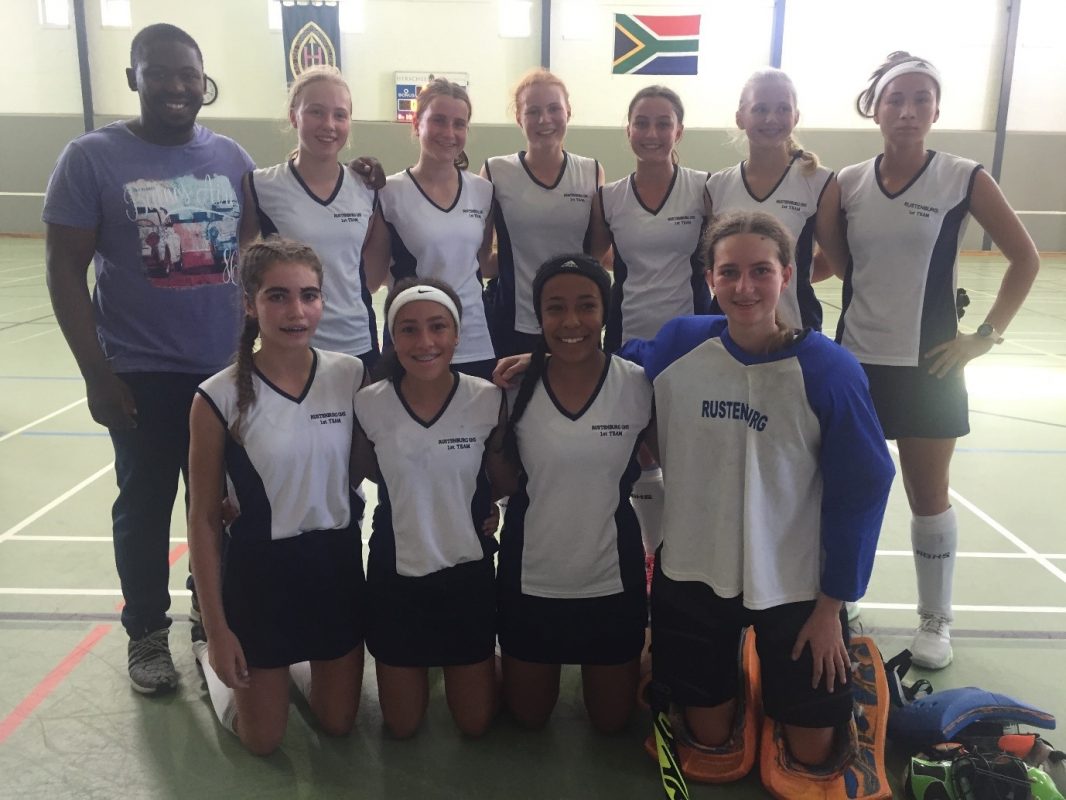 Although Cricket is a social sport it has become very popular with our learners.

We were fortunate to be able to end the season with a match against Pinelands High School on Wednesday 4 March, played at Pinelands. Our new cricket coach and former SA Schools player, Aaqil Ebrahim, had this to report:

“The team did well with regards to how they played and the circumstances given with selection. We missed a few of our key players to hockey trials but nevertheless the team pulled through to produce a tight game, dragging it out to the last ball. I was very pleased with how individuals in the team took up certain leadership roles. For a majority of the team it was their first match and there were lots of nerves rushing through, but they handled themselves well. Unfortunately, it was a game of extras but definitely something that can be coached. They showed great commitment on the day.”

Well done to all our budding cricketers.

On Wednesday 4 March we held U14 Hockey trials and selected an U14 Tournament Team, which was announced on Thursday. They had one practice session on Friday at 07:15 and then represented Rustenburg at the DF Malan Tournament on Saturday 7 and Sunday 8 March.

One of the parents had this to say: “They are playing so well – every game they seem to be getting stronger and more cohesive.  Such a pleasure to watch – and what an amazing coach, filling them with such enthusiasm and confidence.  I think my daughter’s growth on astro and exposure to proper coaching is going to see her game grow exponentially.  So exciting”.

As can be seen by the results below, there was improvement from start to finish.

Well done to our Tennis girls who played in the PGSGU tournament on Friday 6 March in 36+ degree heat.

Well done to our Touch Rugby girls who played in the Finals of the WP League tournament on Friday 6 March in 36+ degree heat.

Our 1st team won the trophy for the eigth year in a row and our 2nd team placed 3rd.

The Rustenburg Rowers placed well for their club at the National Championships at Roodeplaat dam in Pretoria this past weekend.

The podium results were as follows:

Congratulations on these excellent results.

Hannah Hillman (Grade 11) was selected as one of the top eight competitors to represent Big Bay Surf Lifesaving Club at the Llandudno 8 Man Classic on Saturday 8 March. She was the only female in the team. This is a competition that tests your skills in the big surf at Llandudno and you have to be able to do all the events – in other words, be an all-rounder Lifeguard.

Hannah showed great surf skill and bravery competing against mainly boys and men. She managed to walk away with the prize for ‘Wave of the Day’. She had an epic recovery in the board-run-board event coming down a massive big wave, disappearing in the white water and then coming out in one piece with no broken board.

Hannah is one of the smallest competitors but has the biggest, bravest heart. Congratulations on this wonderful performance.