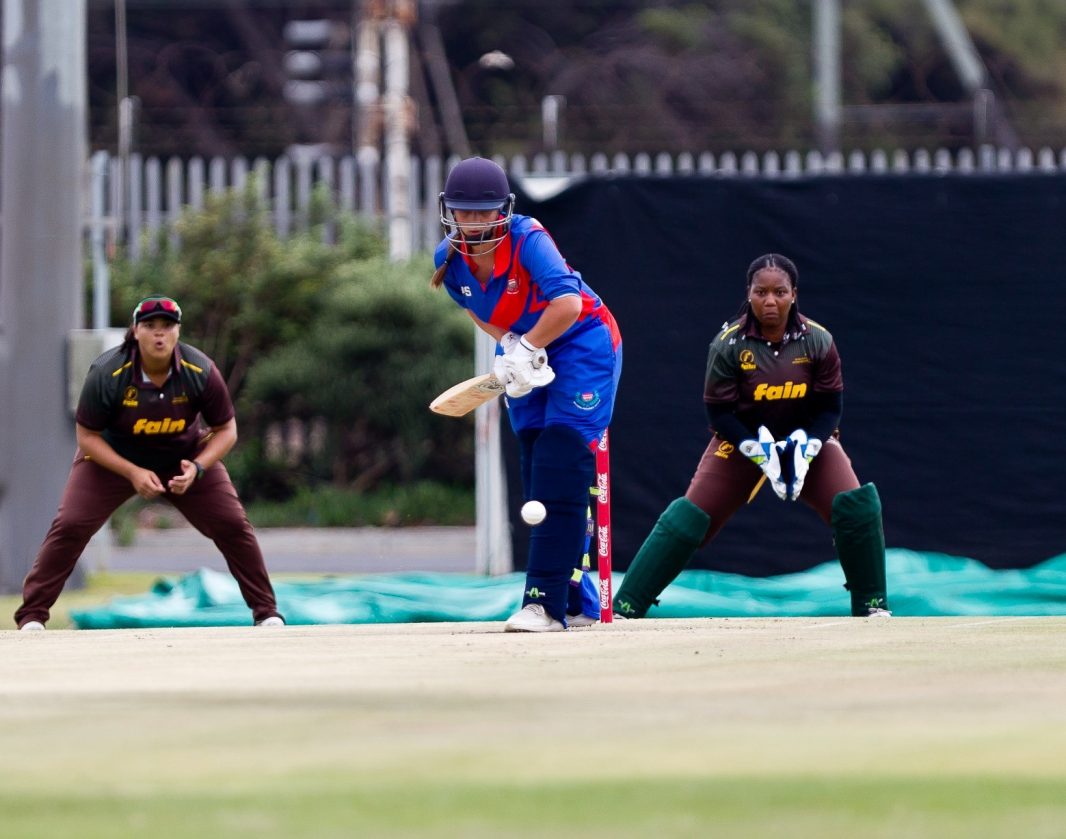 Good luck to the following girls who are representing Rustenburg at the Champions’ Cup Tournament this coming weekend. We wish you success and enjoyment over this busy weekend, 12-14 April. More information is available on the official Champions’ Cup website.

The RGHS U16 Hockey Team:

Good luck to all our Netball, Hockey and Touch Rugby players who are attending Provincial trials over the next few weeks.

Congratulations to the following girls who were busy competing during the holidays:

Alida van der Merwe (Gr 12) was selected to represent the Western Province Women’s Cricket team at the CSA National week in Bloemfontein, from 25-29 March. They played 50 over matches against Free State, Boland and Border. Her team made it to the semi-final where they won against Northerns and then unfortunately lost to North West in the final.

Alida had this to say: “The tournament was a great learning opportunity for me, playing alongside and against Protea players and learning from experienced seniors in my team. Attending National week has been a dream and goal of mine since I started playing cricket seriously and I am more motivated than ever to keep working hard. Girls cricket has grown and developed so much and it has been such an honour to be a part of this.” Congratulations on this excellent achievement.

She received 3 gold medals and came 2nd in her Solo Routine.

Having achieved 1st place in her Duet Event, Kaitlyn and her duet partner have been chosen to represent South Africa at the end of August at the 1st Artistic Swimming Youth Championships in Slovakia.

She will also be taking part in the SA Team Event at this championship in Slovakia.

Kaitlyn also received a gold medal for both her figures and solo and a silver medal for her duet in the 13-15 age group at the National Aquatic Championships Artistic Swimming competition in Durban this past weekend. Congratulations on these excellent results and good luck with what lies ahead.

Ylara Esau-Salie (Grade 10) participated in the SA National Figure Skating Championships. Her performances earned her a bronze medal in the Novice Ladies section. Congratulations on these excellent results of which we are extremely proud.

Danielle van Breda (Grade 11) played in the WP B team at the SA Action Netball Championships from 27-31 March. After 5 days of gruelling action this team won the Gold medals. Congratulations on your fine effort as the Centre of the team!

Amber Wilson and Morgan Prins (Grade 12) have both been chosen to represent Western Cape Rowing and will row at the SA National Rowing Champs on 27 and 28 April at Roodeplaat Dam in Pretoria. Congratulations and good luck!

Jordyn Campbell (Gr 11) won the girls U19 section of the Western Province Squash Open 2019 – Jordyn did not drop a game throughout the weekend tournament. Congratulations on this excellent achievement.

Daniella Solkow and Erin Hartzenberg (Gr 12) participated at the SA Junior National Swimming Championships in Durban during the holidays.

Daniella’s results were as follows:

Erin made the finals in all nine qualified races. Her results were as follows:

Jenna Renecle (Grade 8) – Jenna swam ten races qualifying for eight finals and she managed to swim seven PBs over the 4 days. Jenna’s relay team received a Gold and Bronze, so Jenna is also congratulated on her fabulous results.

Juliana Barrish (Grade 9) participated in the Inter-provincial tournament in Pretoria. She played against sixteen teams from all over the country. The U15 Western Cape Disas played very well and in a nail-biting battle for 3rd place lost 22-25 to Gauteng North. Juliana really enjoyed the competition and the team spirit (six girls + six boys) was high. At the National Championships in Bloemfontein, after getting through the qualifying rounds, Juliana played her first match against the eventual winner. All matches were tough and Juliana ended in 30th place in a very strong U16 competition. She placed shared 3rd in the Gold section in the doubles tournament. It was a great experience and definitely motivation for next year! Congratulations.

Hannah Hillman (Grade 10) competed at the South Africa Lifesaving Championships in Port Elizabeth, 28 – 30 March. She competed in 14 events in the U17 age group and Junior Ladies. Hannah’s age group had the most competitors and was the toughest. She showed grit and determination and made it through the heats, semis and to all finals. Congratulations on all these excellent results.

Congratulations to the following TEAMS who represented Rustenburg during the holidays:

Going to George for our first York Festival tour was a great experience for this young team. The players worked well with each other and had great fun as a group. It was a perfect pre-season trip to test out different player combinations before our season starts.