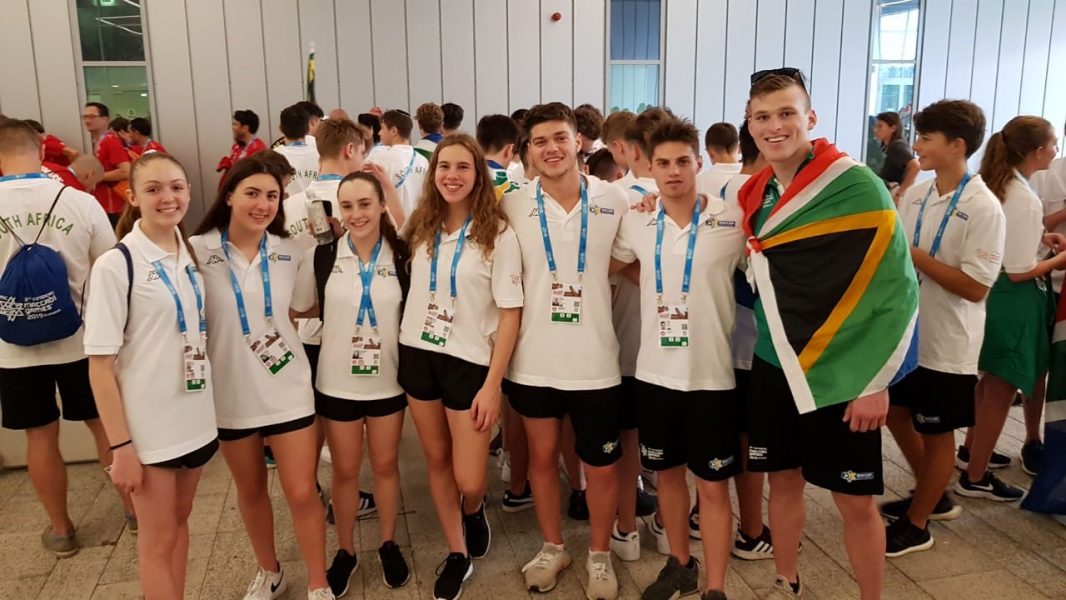 “In a match played against Wynberg Girls’ High in torrential rain, but with a great spirit, RGHS came out victors with a 2-0 win!

With the score at 0-0 at half time, the girls stepped up a gear and we scored both goals in the third chukka. The first goal came from a penalty corner and was scored by Gemma Watermeyer, whilst the second goal was a great field-goal from a reverse stick shot from Kelly Johnson.

This win really resulted in the team being very positive and backing each other in every aspect of the game. This sets us up for a nice competitive match against St Cyprians on Friday. Both Azrah Dick and Pauline Premier who helped out from the U16A team settled quickly into the team and played very well.”

Match schedule for 2 and 3 August:

Congratulations to Jorja Jacobs (Grade 8) who represented the Mitchells Plain Netball Union team competing in Clanwilliam from 26-28 July. They won all their matches and were awarded Gold at the 44th Clanwilliam Netball Tournament. An excellent achievement, well done, Jorja.

All the best to Daniella Solkow (Grade 12) who will be competing for South Africa at the European Maccabi Games in Budapest on 5 and 6 August.

Congratulations to Karla Rautmann (Grade 8) for being selected to represent the Western Province Deep Sea Angling Association as part of the U16 team in the upcoming 2019 Kleinbaai Bottom Fish Inter-Provincial in Kleinbaai.

An opportunity to get involved in Cycclocross – a form of mountain biking that takes place on a looped course. See poster below – entry is free and the venue for the event is Rondebosch Boys High School. For more details please visit the website: https://steeplecx.co.za/