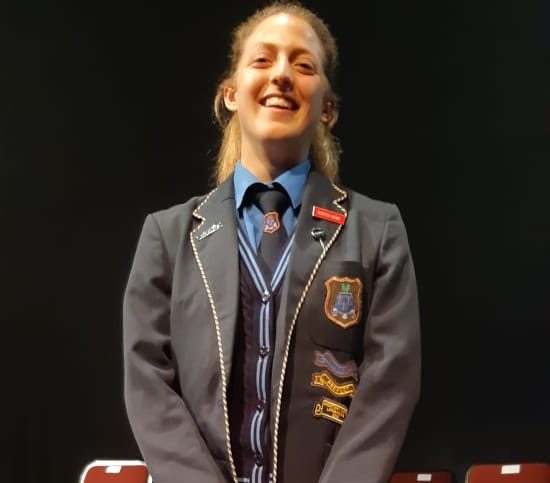 Four Rustenburg Girls’, Talitha Wynne, Bronwyn Kruger, Helen Brooke and Rebecca Behne made the top 100 with their Olympiad submissions. These are excellent results, considering that 5200 candidates, from schools all over Southern Africa, participated in the Olympiad. Helen Brooke was ranked 34th and Rebecca Behne was ranked 15th. Both received a first-year tuition scholarship from Rhodes University for being ranked in the top 50. Rebecca Behne was also awarded a number of substantial prizes, including free participation and accommodation at the 2018 National Schools Festival.

The theme for this year’s English Olympiad was “We will remember them”, based on an anthology of war poetry. Mr William Haggard, the senior English teacher-in-charge who manages the Olympiad learners said: “The themes of the texts and the nature of the examinations are designed to encourage young people to develop and express valuable opinions as part of the conversation that is needed to build a nation of critical thinkers. The examination itself focussed on three areas relevant to the NSC English Home Language syllabus (including sociolinguistic analysis and language in context, discursive literary appreciation, and creative transactional writing responses). The girls worked really hard on their submissions, putting in many hours of extra work over weekends.”