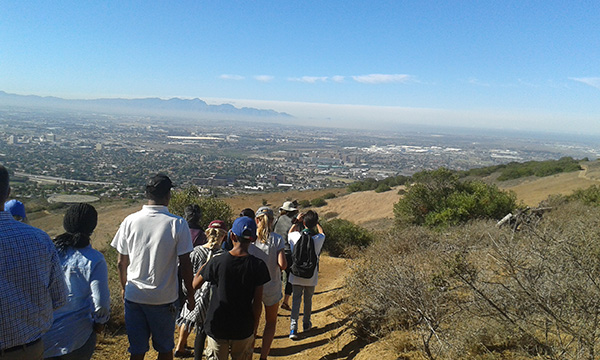 Congratulations to the Earth Children who, once again, did us proud by earning an Eco-Schools Platinum (Level 1) Award at the WESSA Eco-Schools Western Cape Awards Ceremony, held at Tygerberg Nature Reserve on 17 March.

Ana Van Straten (Grade 11) represented Rustenburg and had the following to say about the morning:

“To start off the morning, we took a short guided walk through the reserve and learnt about the rehabilitation of the indigenous, drought-resistant Renosterbos, which is the reserve’s current focus.

Following this, we were given a presentation on invasive alien plant species and how important it is to be aware and educated about their negative impact.

A representative from the Western Cape Education Department (which is now supporting the Eco-schools programme) gave a presentation on the threat of water, air and land pollution to our well-being and sustainability in South Africa, explaining that the only way to oppose this threat is to educate the upcoming generation. He emphasised that “Nature is the greatest teacher” and that the WCED has a lot of faith in the Eco-schools programme.”