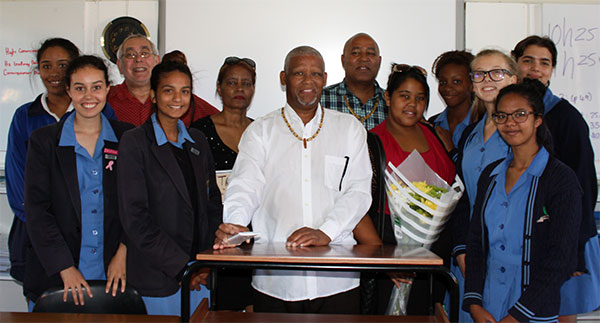 In order to raise awareness concerning the Western Cape’s first nation, the Khoesan’s claims for land, Retro invited an esteemed delegation of the Khoesan community, headed by His Excellency Paramount Chief Samuels, to address interested learners and staff.

The second break session was always going to be too short but it was believed that this opening talk would be an “appetiser” and it was. The opening introduction by High Commissioner Frans and Khoeses Zaar’s explanation raised many questions. The discussion, which was started, will have to be continued at a follow up session later this term.

It was clear from the response of both the delegation and those who attended that Ashleigh Madell and Zarah Philander had organised an exceptionally informative talk.