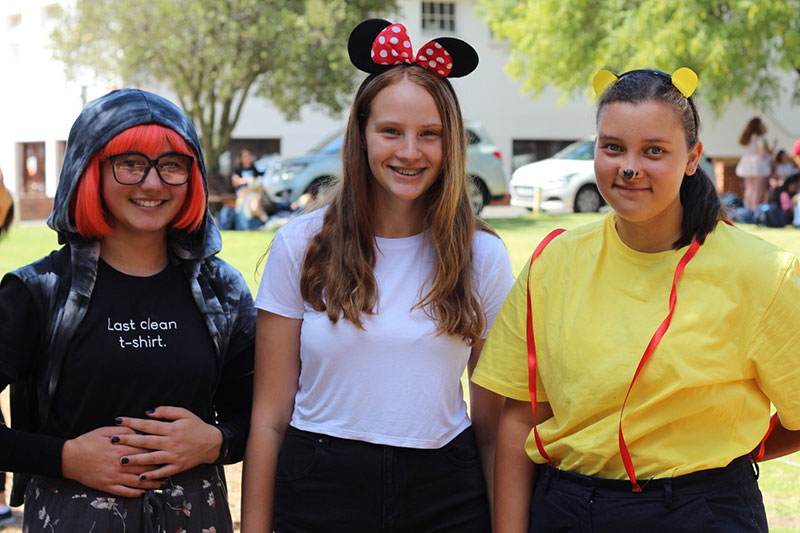 The school corridors were filled with Disney magic on Friday 22 February.

Students took on the Civvies Day theme with much creativity: there were Woodys from Toy Story, Minnie Mouses, Dalmatians, Pooh Bears, Kim Possibles, princesses and a plethora of impressive costumes.

The Civvies Day was organised by Interact and instead of paying R10 to dress up, students brought a toy in good condition to donate to an event called One to One that takes place at the Green Point Stadium for people with mental and physical disabilities.

It was fun to move through the halls and guess all the costumes and to appreciate all the effort that went into them. It was a lovely way to kick off the weekend.