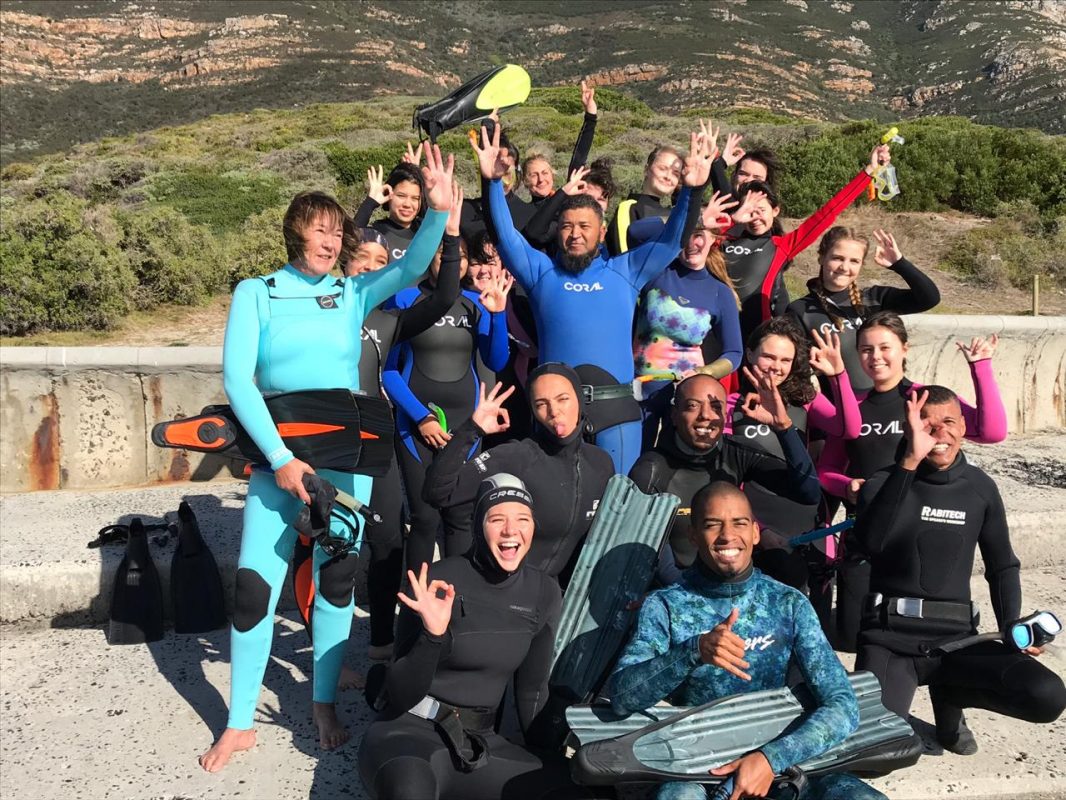 On Sunday 5 May, a group of 11 Earth-Children were invited to attend a freediving workshop at Millers Point, near Cape Point. We were guided and taught by a team of professional freedivers, marine biologists and earth-enthusiasts from the “Sea the Bigger Picture” initiative. Freediving is essentially diving which does not involve the use of breathing support (like air-tanks).

The early morning started with a talk by Ms Danel Wentzel, a postgrad marine biologist from UCT who told us all about Marine Biology and the importance of freediving as part of that study. This was followed by instruction from a professional diver who taught us some simple divers’ “language” and important rules for safety in a marine environment.

During the three hours spent in the ice-cold water (fortunately with wetsuits!), we came face-to-face with fish, small critters and even (small) sharks. For some students this was their first opportunity to dive into this underwater world and experience first-hand what it was like (result – lots of excitement!). We were split into groups of three and were each led by one of the experienced divers who gave us a personal tour of their underwater work space. They pointed out intriguing underwater fauna and flora and provided interesting information regarding our observations.

Overall, the experience was amazing and we would like to say a huge thank-you to Shamier and his team from “Sea the Bigger Picture” for making this outing possible and for doing their (significant) bit to educate the South African youth about our oceans.