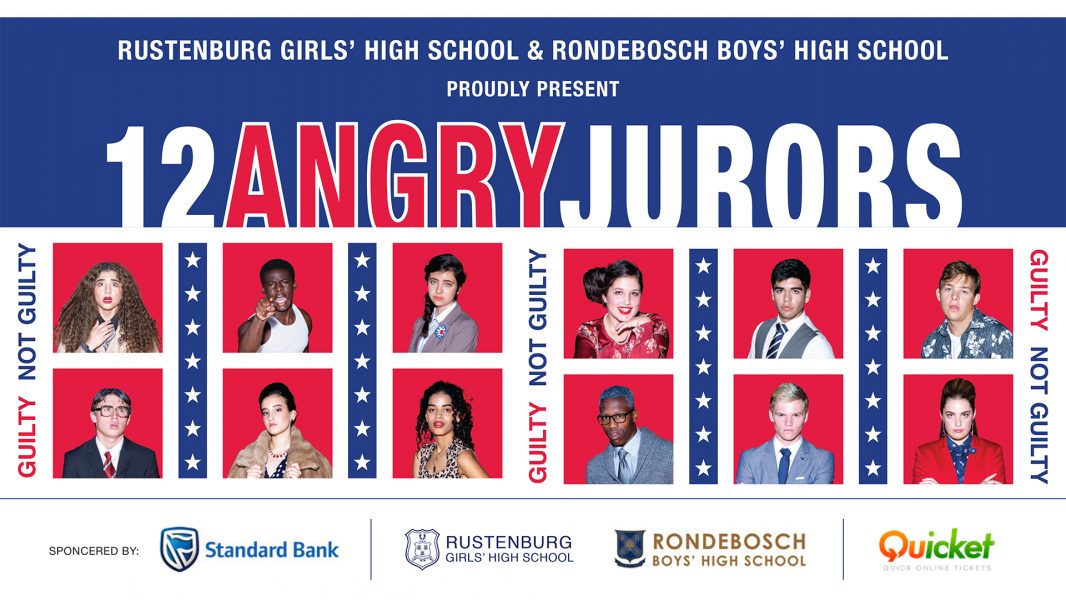 In 1954 American Reginald Rose wrote “12 Angry Men,” originally as a television miniseries. 10 years later he adapted this original script into versions for the stage: “12 Angry Women” (all-female cast) and “12 Angry Jurors” (mixed gender cast). While there are some hints at the gender of various characters, none of them are named, adding to the mystery. The members of the jury are known only by their numbers. The teleplay “12 Angry Men” received an Emmy and later an Oscar nomination in 1957 for its adaptation into a film.

The play has been described as a psychological thriller. The audience is not privy to the court case which has already taken place, rather learns of the crime only through the heated discussions of the jury. This adds to the intrigue and suspense. Their duty is a solemn one: a call of “Guilty” will result in the accused receiving the death penalty. The judge has called for a unanimous verdict. The jury must reach consensus before being relieved and it becomes a battle of will between the intolerant and aggressive Juror 3 versus Juror 8, whose moral strength is tempered by compassion. Perhaps some members of the jury are, in many ways, far more guilty than the young boy whose fate lies in their hands. By inference, the audience joins the jury too, weighing up opinions and attempting to uncover the truth as the struggle for justice reaches a climax.

“12 Angry Jurors” is about deceit and treachery, integrity and humanity, tolerance and empathy. It cleverly suggests that sometimes the real villains are not always those who are brought to court.