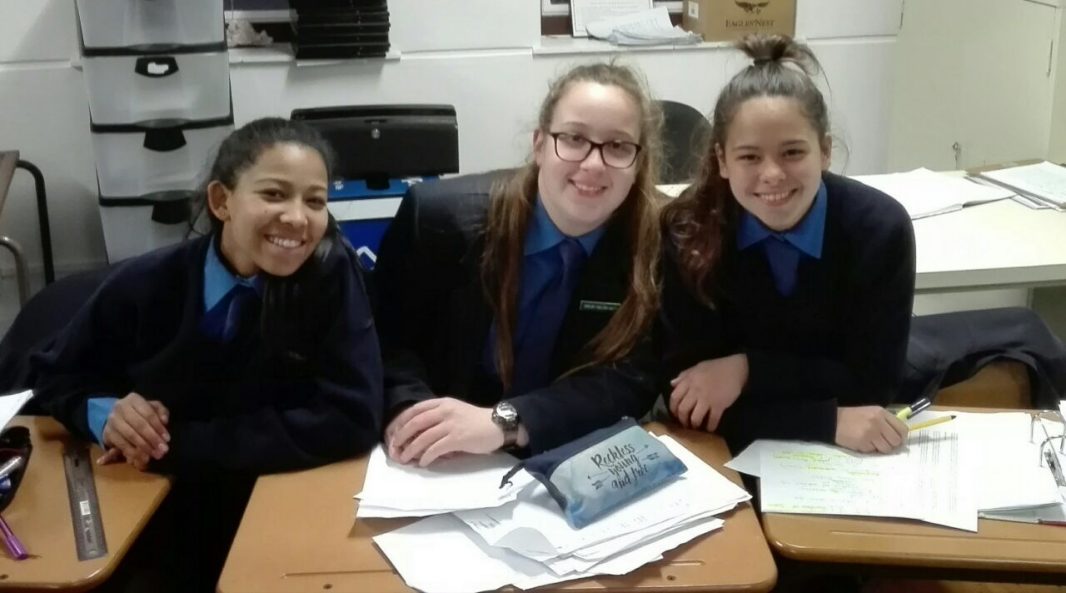 Results of debates against Fish Hoek High School on 23 April at UCT:

Our juniors provided a more convincing argument to that put forward by Fish Hoek. Zara Nijzink-Laurie was judged best speaker for the third debate in a row. That makes it three wins in a row for the Juniors. I am sure that Coach, Arthur Faulkner, and manager, Madame Williams, are thrilled with their  performances to date.

The Senior Team (Mikayla Shaw, Katia da Silva Valente, Aviella Abrahams) opposed the motion: This House, as the government of South Africa, seeks to de-emphasise the importance of university education.

The seniors provided a stronger argument for the practical alternatives that could be introduced in South Africa and won their second debate in a row.